Brain freezes: A pain in the brain

The Weird Science team investigates the causes of a brain freeze. 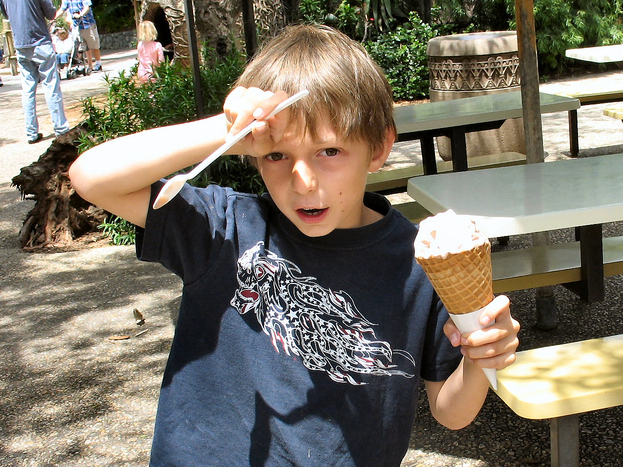 A lick of ice cream and a sharp pain to the head like stabbing knives. Brain freezes may be unpleasant in the moment, but they’re completely harmless.

Also known as cold-stimulus headaches, brain freezes do not have a definite cause, but doctors suggest that they can be caused by both internal and external factors. When triggered internally, typically a cold substance is consumed and touches the roof of the mouth or the upper palate. According to Live Science, an externally caused brain freeze can occur just by being outside on a cold day. There are two very similar theories regarding the cause for brain freezes, both involving a rush of blood in the vessels. Although they are quite painful in most cases, brain freezes are harmless and require no medical assistance.

One explanation for this occurrence was discovered through a study in which an artery called the anterior cerebral artery expands, brought on by a surge of blood flow. This surge causes a buildup of pressure in the skull. This reaction is suspected to be the cause for the pain in brain freezes.

Another theory concerns the trigeminal nerve. Doctors think that cold substances activates said nerve, which causes blood vessels in the brain to temporarily constrict and then expand, causing the pain of a brain freeze. After the cold temperatures subside, the blood vessels return to their normal state and the pain of the headache goes away. The pain levels of the headache can vary, but they usually only last for a short amount of time. If you are prone to these headaches, try eating the cold substances slower and make sure to keep them away from the roof of your mouth. It is also recommended to use the warmth from your tongue to heat up the roof of your mouth to prevent the brain freeze.

In retrospect, brain freezes are is just a rush of blood to the blood vessels, causing a quick bout of pain. However, these sensations are only temporary and are very common. Summer is just around the corner, so don’t let brain freezes ruin your ice cream.