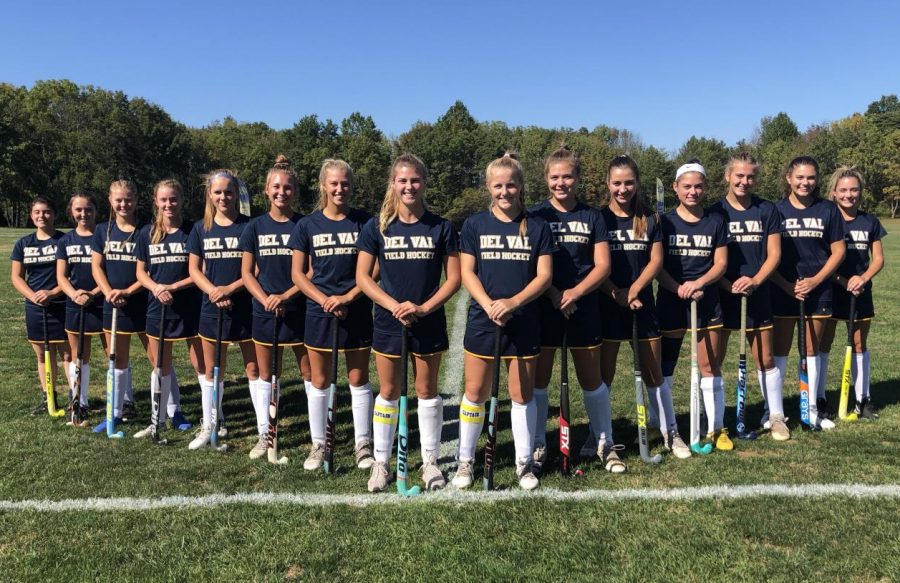 Girls’ varsity field hockey won an away game against Bernard’s High School last Wednesday night, their first win against the school in Coach Rifflard’s nine years as head coach. “Our team worked extremely hard,” Rifflard said, “and we were resilient. I think that was something to be really proud of, how we finished the game.”

By halftime, neither team had scored, and the game was tied at 0-0. Then, five minutes into the second half, Del Val sophomore Samantha Snowden scored, assisted by Junior Kristin Bill. We stayed in the lead until the last 8 minutes of the game, after which Coach Rifflard called a timeout. With 6 minutes left, the girls returned to the field stronger than before. However, it was the last few seconds of the game that really came as a surprise and secured the victory for Del Val. Kristin Bill, assisted by Madaline Bill, scored the game winning goal with only six seconds left. Senior Shea Cinquemani also did a phenomenal job as goalkeeper.

Seniors Madaline Bill and Kaleigh Higgins were voted varsity team captions for their display of hard work, communication, and respect to their teammates, coaches, and opponents.

Come out to support Girls’ field hockey as they continue their season.