Update on the cheer team 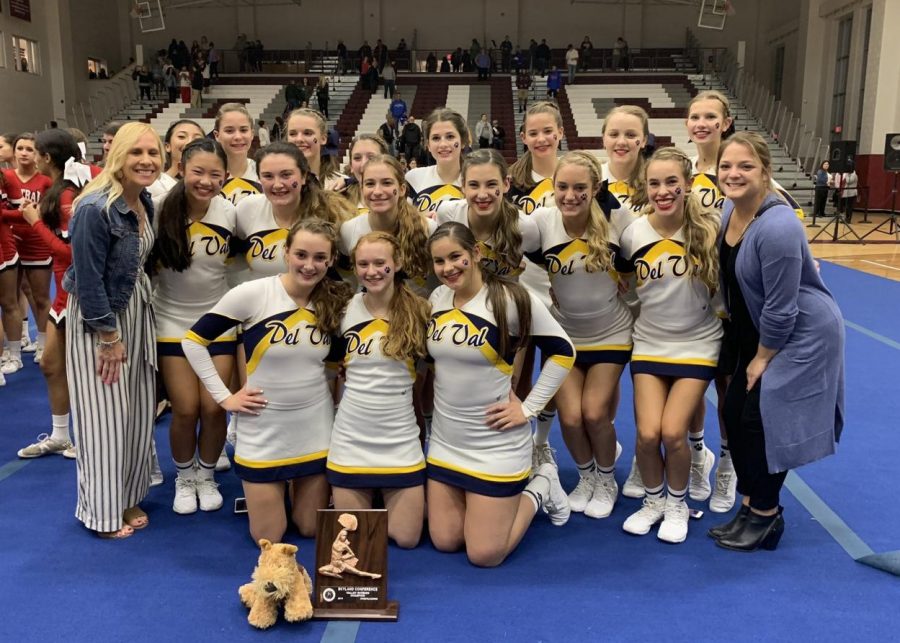 The most wonderful time of the year is coming up quickly; and its not the holiday season! Rapidly approaching is every cheerleader’s highlight of the school year: competition season!

As the Friday night football games come to an end, the squad starts to prepare itself for long, harsh practices where it runs routines for hours. As tough as those practices get, the squad pushes through and tries to avoid as many injuries as possible. Practices run either 1 or 2 full hours for each division the squad competes in. All the while, the girls begin to prepare for basketball and wrestling matches, where they also cheer at those games and matches.

The girls have 2 more competitions this weekend, November 16 and 17. Saturday’s is at Hunterdon Central High School and Sundays is at Randolph High School. This the squad luck as it pushes for another chance to compete at Nationals.