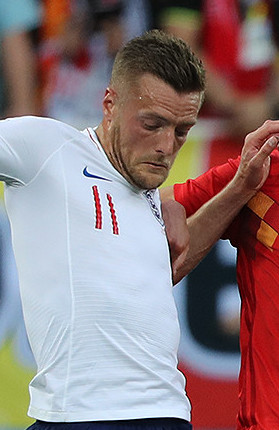 Jamie Vardy dominated Southampton with a hat trick that propelled his team to a new record.

Jamie Vardy converts the penalty to put Leicester up 9-0! Southampton are in shambles!

What a night for Brendon Rodgers and his Leicester City team. On October 25, 2019, Leicester traveled to Southampton for match day 10. Southampton was going into the game in a poor run of form. Its record was 2 wins, 2 draws, and 5 losses, while Leicester City was sitting in 3rd on the Premiere League table.

Ben Chillwell opened the scoring in the 10th minute. Such an early goal disheartened the Southampton players, mainly Ryan Bertrand. The left back received his marching orders following a poorly timed and executed challenge on Ayoze Perez.

Tielemans then hit another goal into the net in the 17th minute. That was followed shortly by another goal by Ayoze Perez in the 19th minute and another in the 39th minute after a well timed cross from Chillwell. Right on the cusp of halftime, Vardy struck the ball into the back of the net to end the first half with a 5-0 lead.

The second half began and Leicester was still hungry. Ayoze Perez completed his hat trick in the 57th minute off of a chipped ball over the top from Harvey Barnes. Vardy then scored his second only a minute after. Southampton was able to hold Leicester without another goal until the 85th minute, when a poor challenge earned Leicester a free kick at the edge of the box. James Maddison converted it with a great dink over the wall and into the corner of the goal.

Leicester was one goal away from history. If the team scored, it would hold the record for the largest away win in Premier League history. Vardy was through on goal. The morale of the Southampton players was low, and their anger was high. They were being booed by their own fans. Bednarek saw Vardy’s run and slid in for the tackle. Penalty. 94th minute, last kick of the game, and history was on the line. Vardy was going to take it. He shoots and he scores. Vardy got his hat trick and Leicester cemented itself in Premier League history with the biggest away win since records started being recorded.

Perez, Vardy, and Chillwell all had a 10.0 match rating, the highest possible rating, after three outstanding performances. This game was surely a giant confidence boost for the Foxes and their search for Champions League soccer.