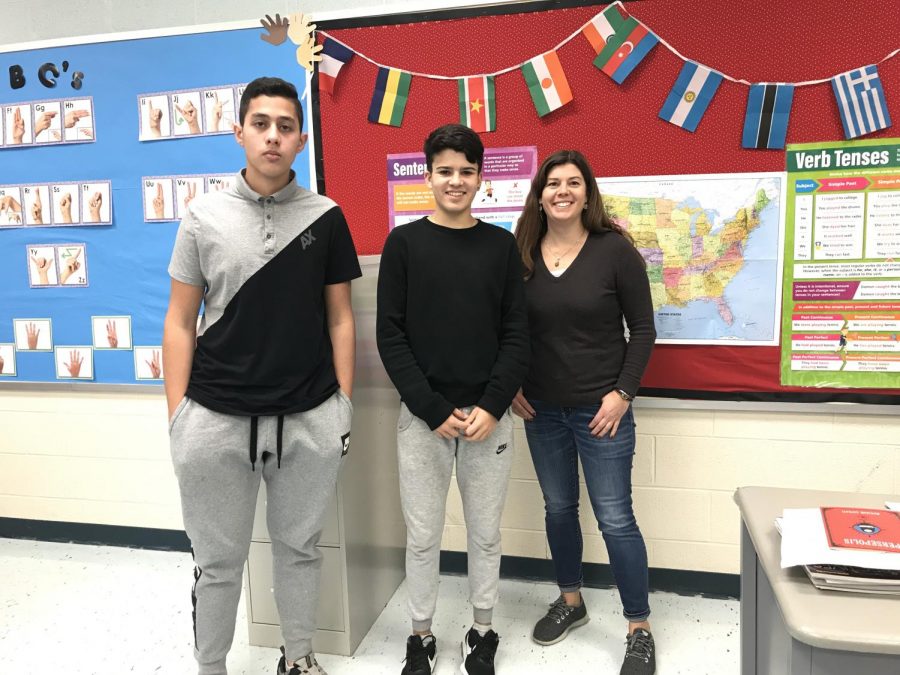 “It was a very positive, uplifting day; hearing all these really great stories from the doctors, and everything was in Spanish and English,” said ESL teacher Debra Billmann.

The class, which currently consists of two students, went in conjunction with Hunterdon Central High School’s ESL class. While at the hospital, they listened to doctors share their own stories of learning English and how being able to speak Spanish, or any other language, was extremely beneficial in their fields. Raritan Valley Community College was there as well, discussing the courses and programs they offer for Dreamers and undocumented immigrants, as well as the financial aspects of these programs, such as how students could earn scholarships.

“In each department that we went in, they talked a lot about job opportunities in the field, and the education that’s required for each position,” Billmann said. “There were positions that you could get right out of high school and they train you, and then one year of school, two years of school, all the way up to becoming a doctor. That was really exciting for the kids to see.”

One of Del Val’s ESL students, Dylan, would like to study medicine in his future. His favorite part of the trip was the tour the class went on, specifically when they went to radiology, and the radiology lab, where they looked through microscopes at good and bad bacteria in petri dishes.

Dylan is considering working at Hunterdon Medical Center immediately after high school while taking classes at Raritan Valley as well. This would allow him to gain experience and familiarity in the medical setting, while learning and attending college.

“Experience, I think, is worth so much,” said Jennifer MacDade, who teaches ESL alongside Billmann.“It’s more than just studying.”

Dylan was born in the U.S., where his parents met. Both are from Argentina, and they moved back when Dylan was 6. He returned to the U.S. when he was 11 years old and stayed for a month before going back to Argentina again. He was back in America at age 14 and stayed for three months in Marlboro, NJ, where he attended middle school. Following this, Dylan moved back to Argentina, but returned to the U.S. in August of 2019, and he plans to stay long-term.

Felipe, the other student enrolled in Del Val’s ESL class, is from Brazil.

Del Val’s ESL program, as Billman describes it, “combines language support and content area support, which means teaching the linguistic piece of learning how to listen, read, speak, and write in English, but then also learning some of the important vocabulary words that you would need in all academic areas.” For example, every week the students are tasked with finding 20 new vocabulary words, which they write on the board and discuss every Friday.

This was the first year that Del Val’s ESL students visited Hunterdon Medical Center, but Billman and MacDade hope to continue the tradition next year based on the positive experiences that their students had.