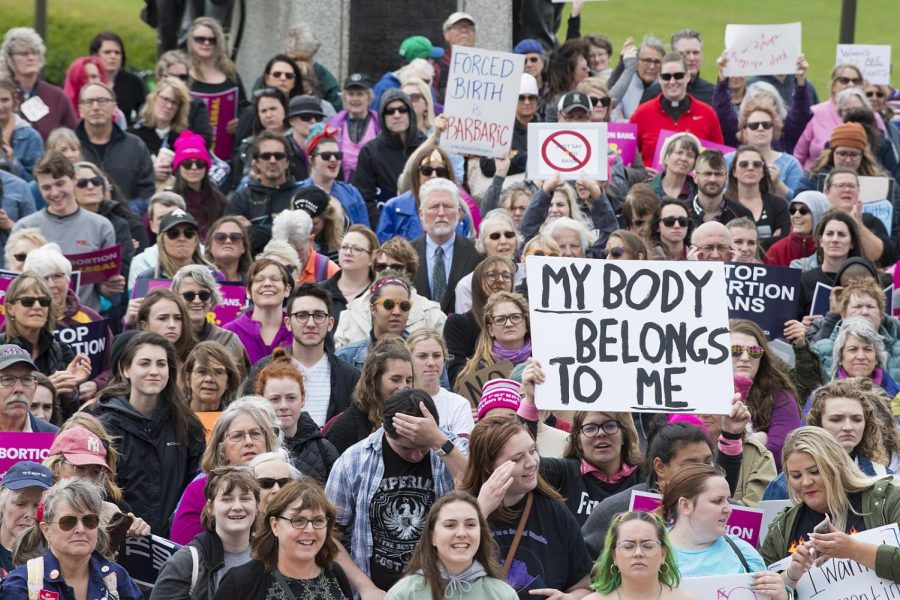 An abortion rights rally in St. Paul, Minnesota in 2019.

The argument over abortion and whether or not women should have a law-protected right to it is an ongoing debate.

In order to understand the argument over abortion rights, you must first see both sides of the argument: pro-life and pro-choice.

Pro-choice is the belief that it is the women’s right to choose to have an abortion or not. There are also those who support the pro-choice argument who don’t necessarily agree with abortion but think the government doesn’t have the right to ban it.

Pro-life is the belief that abortion shouldn’t be allowed, and some goes as far as to argue that it’s murder. There are some, however, who feel that it should be legal under the circumstances of rape, incest or if the mother’s life would be in danger.

Supporters of the pro-life movement, either for religious or moral reasons, believe that all life, even unborn life, has value and should have the human rights that everyone else has.

U.S. states each have different laws as to when a woman has to decide to have an abortion by, but most agree that time ends once the pregnancy has viability or if the women’s life is in danger.

One of the most difficult problems that people wanting to have an abortion face is that even though abortion is legal in the U.S., it is still too expensive for many people. The average cost for an abortion is $350-$1,000, depending on the type and if you have insurance or not. These costs are often harder to afford for those under the age of eighteen who wish to have an abortion. Only eight states have abortion right laws that help with the care of those women.

The argument over abortion rights is a long one; no matter which side of it you fall onto, it’s important to understand these views from both sides. For more information on this issue, click here.