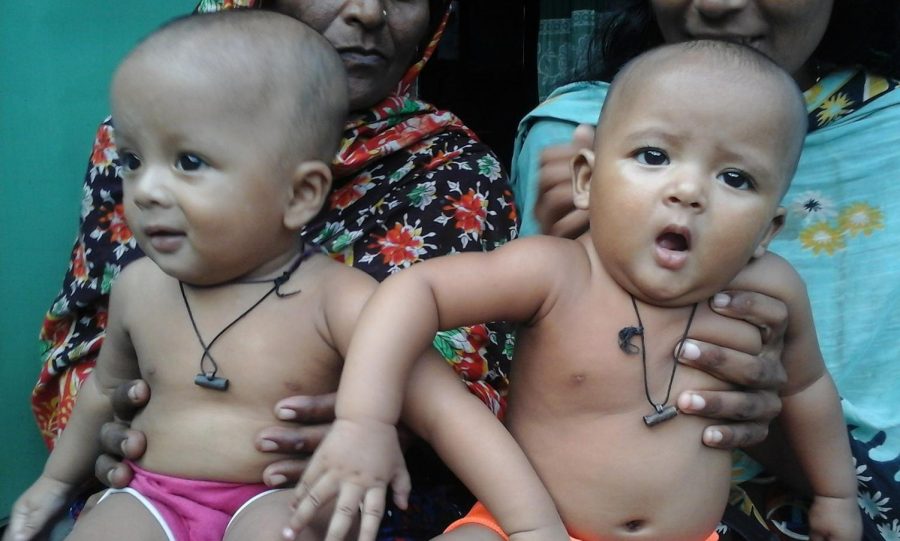 An increase in twin births in poorer countries can be both a blessing and a burden.

Twin babies are being born now, more than ever before.

There has been a major population increase since the 1980’s due to delayed childbearing and medical techniques, one such medical technique called in vitro fertilization (IVF). IVF is a process in which the egg is combined with sperm outsisde the body, in vitro. During the process, the woman’s ovulatory process is monitored and stimulated. The ovum is removed from the women’s ovaries and then lets sperm fertilize them in a medium in a laboratory.

This boom of births could actually have a negative impact on the world. Twin births are much more risky than single child births. The peak has been mostly seen in Europe and North America. According to BBC, “worldwide [twin births have] gone from nine per 1,000 deliveries to 12.”

Africa has one of the largest increases. Africa has always had a high population, but now it will have an even larger one because of the increase of twin births.

Poor countries such as Africa don’t have enough money or resources to feed their people. More twin babies being born means there is double the amount of people that need to be fed. This could mean that more people will starve and more babies could die.

But is Africa the only country with the increased births? The BBC reports, “Twinning rates in Europe, North America and Oceanic countries have been catching up – and the increasing use of medically assisted reproduction since the 1970s – for example IVF, ICSI, artificial insemination and ovarian stimulation – have been the main reason.” With all this help for women to get pregnant, it has also increased how many babies they produce.

The BBC also reports that most twins in sub-Saharan Africa will lose their co-twin during the first year of life. This would amount to more than 200,000 per year. Middle-income and low-income families are in the most danger of losing children, since they may not have the money, resources or jobs to provide for multiple babies.

Assisting the reproduction process for women is actually hurting them economically and physically in the long run in these countries. Futuristically, the more twin babies born in these poor countries will result in more babies dying and more people starving.