Fukushima wastewater to be released 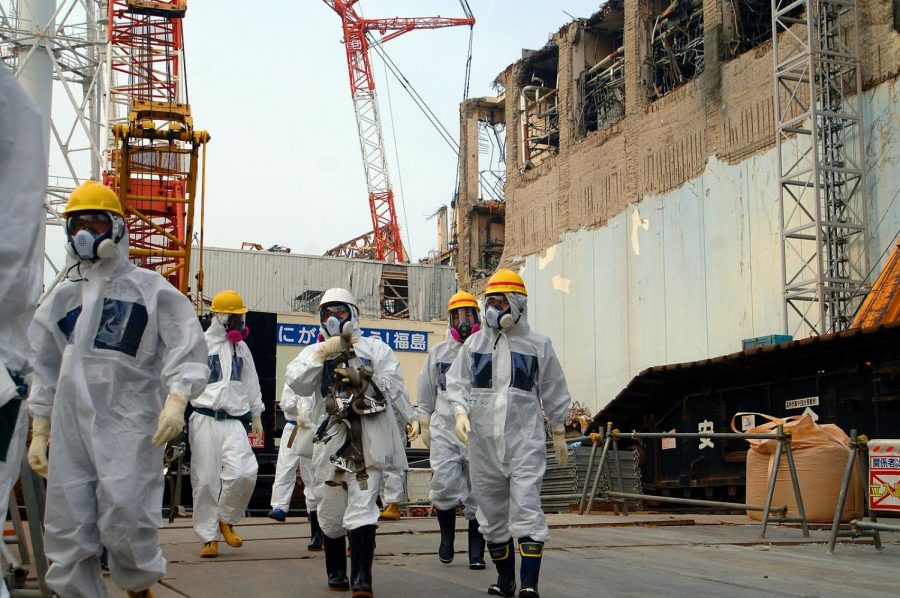 In 2011, a massive earthquake and tsunami resulted in three reactor meltdowns at Japan’s Fukushima nuclear power plant and the subsequent leak of large amounts of radioactive isotopes. Now, 10 years later, Japan’s government plans to release the 1.25 million tons of contaminated water used to cool the melting nuclear fuel into the Pacific.

The proposal has been heavily discussed since the clean-up of Fukushima began, but was finally approved by cabinet ministers with the knowledge that the cooling water will fill the 1,000 tanks used to store it by 2022. Space for new decommissioning processes at the plant is limited unless the radioactive water is disposed of.

The systematic release of the water will not take place for another two years, but is expected to last for decades due to the slow rate of discharge. Tokyo Electric Power Company, or TEPCO, who run the Fukushima plant and are responsible for its cleanup say that upon its release, the water will be safe and free from most radionuclides such as strontium and cesium.

But even with the extensive treatment of the stored water, certain radioactive materials will remain indefinitely, such as tritium, and the extent of their harmful effects on marine life is still a mystery.

“This decision to release the wastewater from Fukushima into the ocean could have long-term impacts on the fish and other marine creatures in the area,” Stacy Grady, Del Val’s AP Environmental Science teacher, said. “We don’t know what these radionuclides could do, so it’s a risky decision at best.”

Protests against the release of the Fukushima water have taken place in downtown Tokyo, as local residents and environmental organizations raise concerns over the potential threats the water could have on human health.

Most notable among the protesters are fishermen, who are still recovering from the repercussions of the Fukushima disaster a decade ago. Even if the fish caught in or near Fukushima waters are found to be nontoxic, any doubts would cause severe damage to the local fishing industry and to the fishermen themselves, who rely on their customers’ trust to make a living.

Countries such as South Korea and China have also criticized Japan’s decision, the latter describing it as “extremely irresponsible,” according to an NBC article. The U.S., on the other hand, seems to be on board with the release of the water.

In a recent press statement, the Department of State commented that Japan’s government has “weighed the options and effects, has been transparent about its decision, and appears to have adopted an approach in accordance with globally accepted nuclear safety standards. ” The International Atomic Energy Agency (IAEA) has also come out in support of Japan.

Nuclear clean-ups like the one at Fukushima have decreased the use of nuclear power as a source of energy due to public concern over its safety. While it is a zero-emissions energy source (aside from processes such as uranium mining which is necessary to fuel the reactors), the risks associated with nuclear energy are extremely high.

“Radioactive waste like this water is one of the biggest problems with nuclear as a solution to our dependence on fossil fuels,” Grady said. “And after disasters in my lifetime like Three Mile Island, Chernobyl, and Fukushima Daiichi, I understand the hesitancy to rely on nuclear energy into the future.”