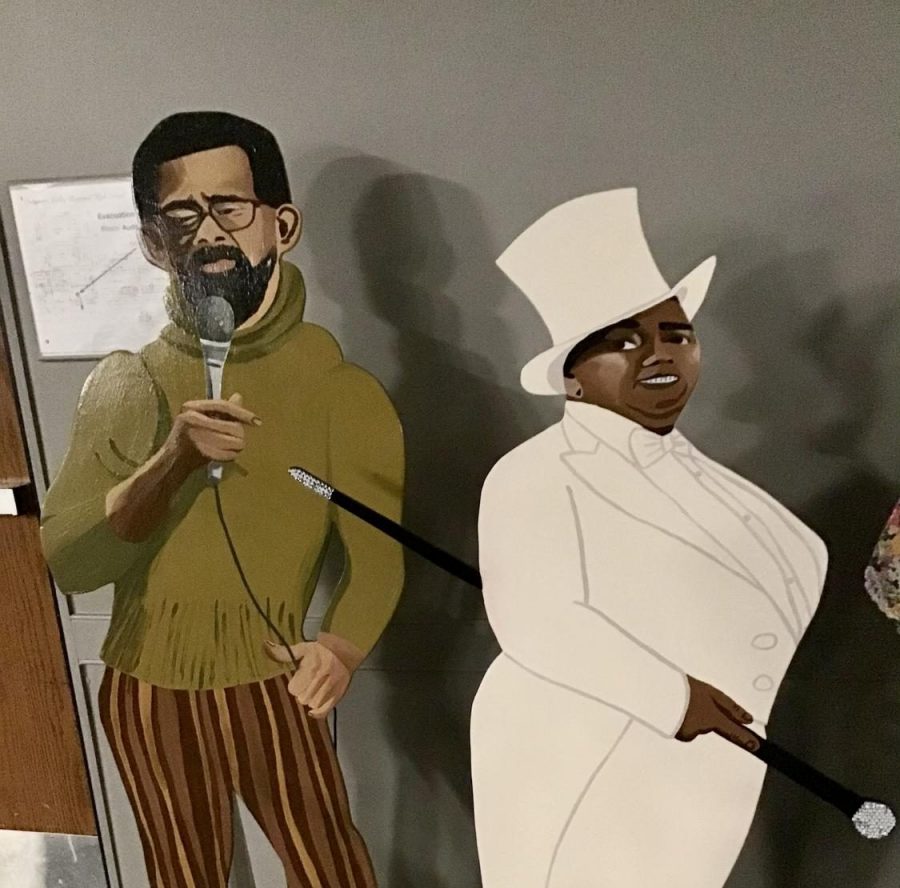 Two of the portraits found throughout Del Val

With June being widely known as ”Pride Month,” Delaware Valley teamed with ArtYard to add portraits of popular LGBTQ figures throughout the school.

Silky Shoemaker, the artist behind these portraits, is an artist from central Pennsylvania. According to silkyshoemaker.com, Shoemaker creates “work that explores the queer community in its many despairs and ecstasies, solitudes, strangeness, and epic iterations.”

His first work, established in 2019, was put in New York City at the Visual Aids. Shoemaker never hosts shows individually, but works with groups. For example, she has been in shows with James Romberger and Tom Jezek. According to artfacts.net, “Shoemaker is ranked among the Top 100,000 globally.”

Del Val teamed up with ArtYard to display these beautiful statues of LGBTQ icons in celebration of Pride month. The statues are life-sized and hand-painted. You can find all 18 throughout the school.

According to a PowerPoint shared by art teacher Ms. Rupert, “The exhibit is about recognizing and celebrating the histories and identities of individuals that went unnoticed, were misrepresented, and/or devalued in our society and history due to race, gender, sexual orientation or identity.” There are short biographies of these people that explain the significance of their attributes.

LGBTQ history has recently been added to New Jersey school curriculums. Since 2019, New Jersey required schools to discuss the history of these inspiring people. Rather than just teaching about the LGBTQ community as a whole, it’s important that the school covers what these people did for this country.

As Don Romesburg, a Sonoma State University professor, states, “It’s about teaching how systems of gender and sexuality change over time and how people respond to that.”

With the changing curriculum and June being Pride Month, Del Val’s collaboration has helped to teach its students about LGBTQ heroes through these portraits. Make sure to stop by and check out which classrooms have them!