Exploding whales: Blubber on the beach 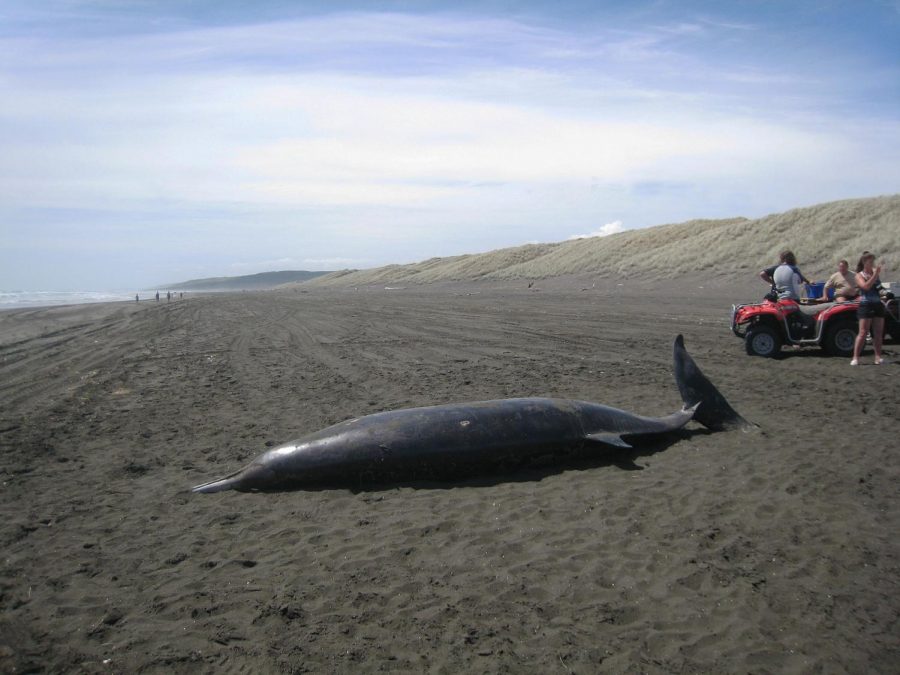 Have you ever wondered what happens to a whale carcass that gets washed up on the beach? Well, the answer might blow your mind.

According to Testtube 101 of Discovery Digital Networks, after the whale dies, its decomposing body begins to undergo a series of reactions, including putrefaction and fermentation. In putrefaction, proteins in the animal’s tissue are broken down and methane gases are produced. In fermentation, tissues in the body dry out and create another set of gases including carbon dioxide. “As [the whale’s] guts rot, the bacteria that do the rotting produce huge volumes of gases, like methane and hydrogen sulfide,” says Hank Green of SciShow. The combination of these processes result in a buildup of gas under the whale’s blubber that will eventually result in a massive, smelly explosion.

But how do whales even get stuck on the beach? According to Wired UK, approximately 2,000 animals beach themselves each year. Weather, the location of an animal, navigation errors, and bad health conditions can leave animals stranded on the beach. This is when the messy decomposition process begins. However, there was a time when explosives were used by people to manually explode whales. One of the biggest whale explosions involving the use of explosives occured in Florence, Oregon in 1970.

According to Whale Facts, this explosion had a more destructive effect than intended and involved the Navy, 1,000 pounds of dynamite, and a messy aftermath. On November 12, 1970, a sperm whale washed up on a beach in Florence, Oregon. This was the first time Oregon had experienced dealing with a 45-foot-long beached whale, so the state was completely unprepared. It was then decided that the United States Navy would blow the whale up with the help of 1,000 pounds of dynamite in hopes that the whale would explode into tiny pieces for birds and other animals to enjoy. When it was time to detonate the whale, officials realized that they were using an excessive amount of dynamite, which resulted in a larger explosion than anticipated.

This experience served as a lesson for future situations with beached whales, specifically in Oregon. Cars and buildings were destroyed by raining blubber. A rancid smell was also left as a result. Large pieces of blubber were still intact, leaving the Oregon Highway division to clean it up. The only ones who benefitted from the explosion were scavengers such as raccoons, possums, and birds, who were left a delicious meal of smelly whale carcass. After the messy, dangerous explosion, it was decided that future beached whales would not be blown up, but they would instead be burned and buried.

Although the topic of exploding whales is unimaginably disgusting, it is a natural phenomenon that is unknown to many people. Even though the combination of putrefaction and fermentation may create gnarly gases, they are in themselves amazing. So next time when you go out and see something repulsive on the surface, think about the underlying processes behind it and you might view the world from a different perspective. This natural phenomenon serves as a lesson to all of us – never judge a whale by its blubber.