Mr. Ambs: the playwright of his past 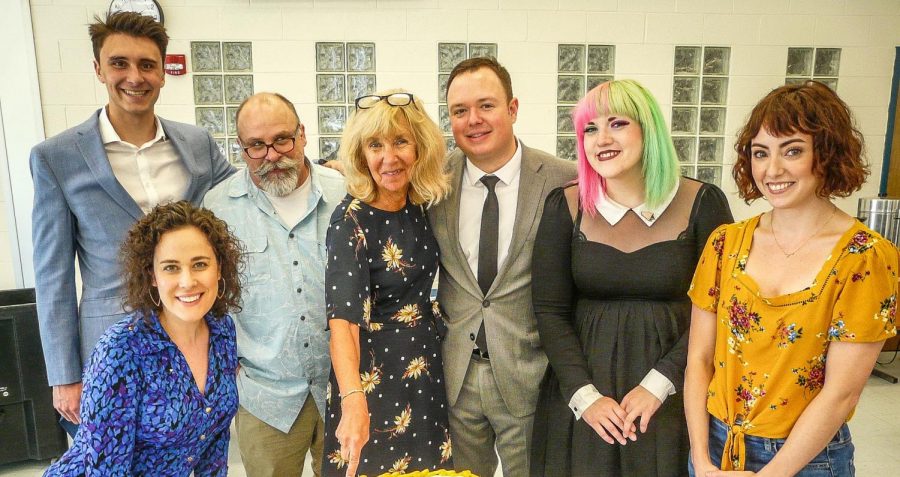 Students who attend Delaware Valley Regional High School know Mr. Ambs as an English teacher, but what they may not know is his love for sushi, sports, and Ping-Pong.

Ambs has always loved helping others and wanted to pursue a career that allowed him to do that. In high school, he was a camp counselor and worked with 4th and 5th grade students.

“I just remember loving to work with kids,”Ambs said.

In high school, Mr. Ambs also joined and performed in the marching band. When he was a senior, he became a peer leader and remembers spending some of his time having lunch with the freshmen.

He decided on teaching as it allowed him to incorporate a lot of other fields of studying that he was interested in.

His favorite part of teaching is the time spent with the students.

“You can teach the same lesson to five different classes, but there’s always going to be that five minute segment that’s totally different,” Ambs says.

Mr. Ambs did admit, though, that teaching during the pandemic was challenging for both students and teachers. He found that it’s more difficult to have discussions with the whole class when teaching online. Even though this was a difficult time, he is proud of how we all overcame it and eventually adapted to the changes.

Ambs has also been a theater fan for many years and has seen many plays. The most recent play he attended was in 2019, and he hasn’t been to any since the COVID-19 outbreak. He’s hoping to see a play sometime in the near future.

When he was a kid, he used to act in short films and other occasional community theater plays. Although he enjoys acting, he prefers directing.

When Ambs was a student, he also enjoyed and played many sports. He was on the soccer, track, beach volleyball and swim teams. His favorite sport to play is either Volleyball or Ping-Pong.

His favorite food is sushi, and he also loves Thai food. His favorite restaurant to go to for these foods is Bamboo House.

Most importantly, Mr. Ambs is very dedicated to teaching and helping students.

“The best part of my day is always the 84 minutes spent with students,” Ambs said.