Recap of the homecoming court 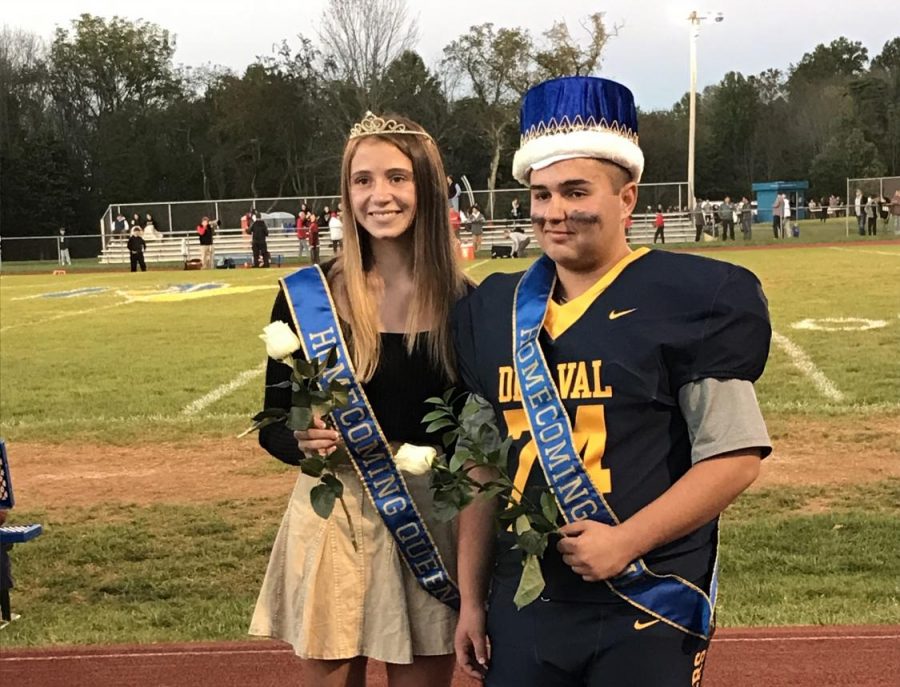 The 2021 Homecoming King and Queen were Paul Wood (right) and Grace Johnson (left).

At Friday’s Homecoming football game, Del Val celebrated its by announcing it Homecoming Court as well as its King and Queen.

The 4 lovely ladies and gentlemen will surely wow you with all they do!

Walking out first was Grace Johnson. Johnson is a varsity soccer athlete and won Athlete of the Month for September. She plans on going to college for early childhood education.

Next in line was Rachel McIntyre. McIntyre is a varsity athlete in both field hockey and lacrosse, and participates in Del Val’s club offerings. She plans on going to college in Florida or somewhere else sunny.

Following McIntyre was Sidney Plennert. Plennert is a 2-year varsity cheerleader and a member of Key Club. She plans on going to college to major in business administration.

The last candidate for Queen was Summer Spano. Spano is a member of Best Buddies and Key Club. She is also the senior class president. In her free time, she enjoys working out at the gym and plans on going to college.

For King, the first candidate escorted onto the field was Logan Blake. Blake is a multi-sport athlete, including being a star wide receiver for the Terriers, and he plans on going to college and majoring in engineering.

Next up was Jaden Corbin. Corbin is a varsity athlete who participates in wrestling and football. He plans to continue his education after Del Val.

Brett Howard was third in line for the boys. Howard is committed to Bloomsbury University to play soccer. He plans on majoring in business.

Last up was Paul Wood. Wood was the manager of the football team freshman year, and decided to join the team sophomore year. He also plans to continue his education after graduation.

After the Court was announced, the students followed the tradition of opening their roses to reveal the winners of the students’ vote.