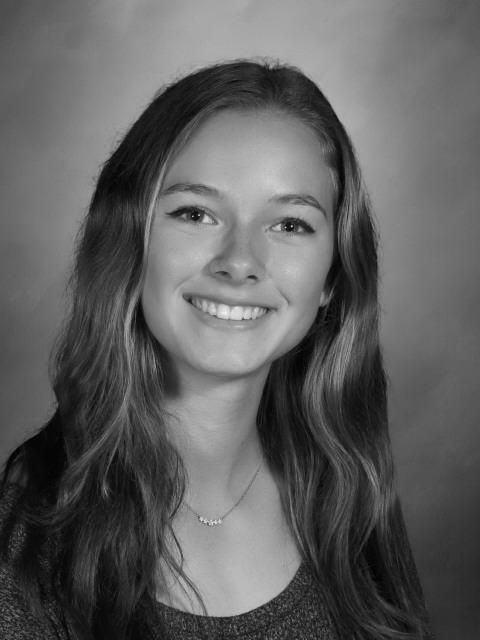 Peyton is a junior at Del Val.

On Saturday Sept. 4, 2021, I turned 16-years-old, and on Friday Sept. 10, I had to get an emergency appendectomy. That six-day period was one of the most interesting times of my life.

I’ll start on my birthday. I remember being so excited when I woke up, and I came downstairs to a special pancake breakfast, which is my favorite food. I had friends come over and we swam, played volleyball and had a really good time. A part of our dessert was a macaroon tower, brought by my step-mom, and a Kona-Ice truck came by.

The days that followed, I had an upset stomach that I thought could’ve been caused by overeating or stress, but when Tuesday came, it was too much to handle. I remember being at my job and I couldn’t stand up without my stomach feeling like it was being stabbed. I had to head home after just an hour of work, and I was feeling fatigued and very nauseous. I ended up over the toilet, vomiting and dry heaving until three in the morning.

The next day, my stomach was in incredible pain and I thought it was caused by under-eating and the stress that hurling up my guts had on my stomach. But after a few days with no appetite, my mom took me to the doctor to make sure that everything was alright.

At the doctor’s office, the doctor pressed on my lower stomach, searching for any irritation. I was flinching even at the slightest touch, and she sent my mom and me to the ER to get checked for appendicitis. I remember the short drive being very stressful. I’d only been in the hospital one time when I was in 2nd grade, and I was in and out. I also happen to have a petrifying fear of needles. Even watching someone else get a little prick could have me passed out on the floor, so, basically, the hospital is my worst nightmare.

Coming into the Emergency Room section of the hospital, we had our temperatures taken and we signed in with this really nice lady at the front desk. We then had to sit in the waiting room for about 2 hours until we were finally moved into a room. I remember that entire time being terrifying as I overthought everything that could possibly happen. What if I do have appendicitis? What if I have to get surgery? What if I’m actually dying?

A nurse came in and hooked me up to an IV (something that absolutely terrified me, because, you know, needles) and took some blood samples to test my white blood cell count. She later came back and said that I had to have a CAT scan with contrast. What that basically means is I get pushed through a big radioactive tube as some iodine fluid is passed through my veins and any abnormalities are highlighted on a screen. The test was terrifying, but at that point the pain medication had me feeling like I was on top of the world. The hospital gave me some morphine to  help me de-stress, and it DEFINITELY worked.

About a half hour after the CAT scan, a nurse came into my room. I could tell immediately by the way that she walked through the door that she had some bad news. I braced myself, but when she told me that I had appendicitis and I needed to get emergency surgery, I couldn’t stop myself from crying. My whole family was there, hearing the news at the same time I was, and they were amazing and so supportive.

Another half hour passed before I was wheeled to the section of the hospital where surgeries were performed. I remember the night very vividly. I had to change into a smock and put all of my clothes in a bag, and then I was wheeled into a room with two other doctors, and I believe one was an anesthesiologist. I remember some music playing, I think by Carrie Underwood, and then they put a mask on me. My eyes started to go blurry and then my ears started ringing, like it does in movies, and I was out.

About 90 minutes later, I woke up in a different room, and my eyes were still blurry and my brain was super foggy. I was still feeling the anesthetic and I became very outgoing, talking to everyone that I was wheeled past and asking for their name. My mom still laughs about that and says “at least you’re nice, even when you’re high.”

I stayed overnight in the hospital, with my mom on a pull-out bed next to me. The nurse who was taking care of me occasionally checked my vitals, made sure I was still breathing, but I remember that night being one of the best sleeps I’d ever had.

The next day, the nurse tried to get me up and moving. We went in small increments. The first time I almost fell over on the bed and passed out. Eventually, I was able to go to the bathroom and then I was walking up and down the halls. The nurse was impressed with how quickly I was able to move around and discharged me from the hospital around noon on September 11.

We stopped by my dad’s house on the way home and told him that I was doing ok, and they even made me laugh, which hurt a lot because the stitches were fresh on my abdomen. I got home and passed out on the couch, occasionally waking up to slurp on some jello. My friends were so supportive and nice the entire time, sending me texts and some gifts, and I couldn’t be more thankful for every single one of them.

It took about two weeks for me to recover enough to come back to school, and even though I had a lot of work to catch up on, I was happy to be back and moving. Now, in early November, about two months after that eventful week, I’m feeling great and my stitches have healed phenomenally.

I’m grateful for the experience that I had, even though it was stressful and painful. It showed me a whole new type of being and allowed me to take a moment to appreciate my connections with the people around me.

If anyone who’s reading this has a personal experience that they’d like to share, please reach out to The Delphi. We’d love to hear from you and to help you make your mark on our page.