The domino effect of Pink Tax 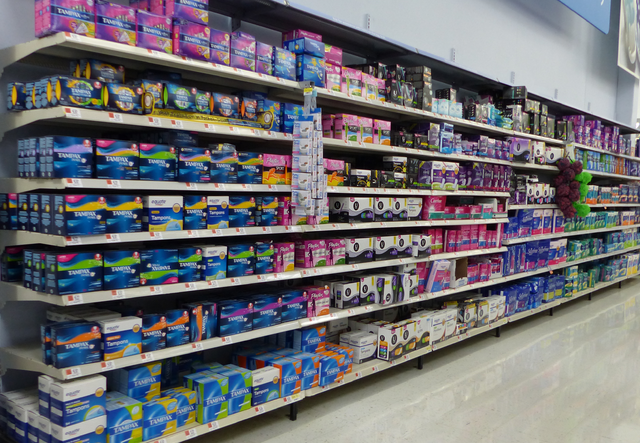 There are plenty of feminine products on the shelf, but women pay more for them than they should have to.

“Pink Tax” has taken a significant financial toll on women, costing, on average, $1,300 a year on feminine products.

Pink Tax has created a domino effect of other areas, stringing along the tampon tax, gender pay gap and even higher poverty rates.

So what is Pink Tax? It’s not actually a tax. According to Healthline.com, it’s an income generating scenario for private companies who found a way to target products to the opposing gender. And, surprisingly, this tax is significant. Women pay on average 7% more than men do for their products. This up-charge on women’s products is to cover the costs of product appearances that are more “fitting” and “appealing” to women, like making things sparkly, floral, fruity and even pink or purple.

Pink Tax is also applied on services such as dry cleaning and auto maintenance. Most women are not only charged more for auto maintenance because they are a women, but also because most don’t have advanced knowledge about cars and what the price should be, so auto shops “make bank” off of women not having a knowledge of cars.

Unfortunately it’s not only women who face Pink Tax; young girls are affected, too. Girls’ toys cost from 2% up to 13% more than boys’ toys. Again, it’s because of its coloring and naming, like Princess toys, Barbies and all things pink, while boys toys are blue and manly.

This isn’t the only type of unfair tax that women have to deal with either; there is, of course, the Tampon Tax as well.

Tampon Tax is sales tax applied to feminine hygiene products such as pads, tampons, liners, cups and other similar products.

There is not an easy solution due to the gender pay gap. Women only earn 79¢ for every dollar that men make. Thats an 18% difference. The typical female worker sees a pay gap of about $10,500 over the course of a year, which adds up to $500,000 over a lifetime.That may be a somewhat manageable amount of money to some, however, the prices women have to pay swallow up that amount into almost nothing.

Women especially pay higher health insurance premiums in part because of the expected costs related to pregnancy. Having a child can also impact the income made by women pretty severely.

Unfortunately, the only thing women can do right now to semi-manage this huge problem is to buy gender neutral, or even men’s, products. If women want to put a stop to the domino effect of taxes, we should be treated as equal. Equal pay, equal say, equal price to pay.