Effects of being sleep deprived 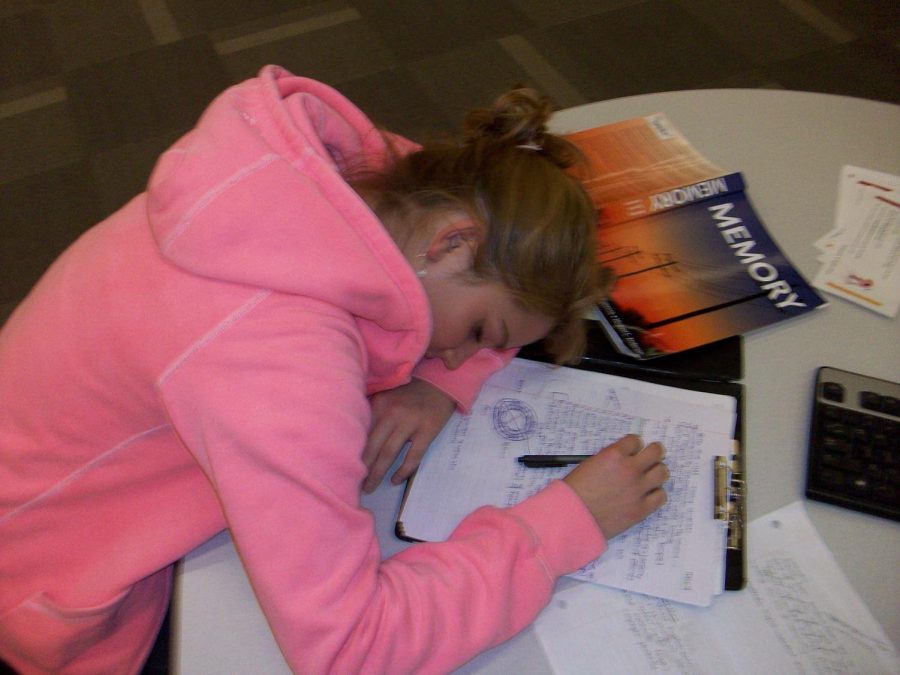 Sleep deprivation can have a variety of effects on students and adults alike.

If people eat and exercise daily, the minimal amount of sleep the body needs is seven hours. Depending on age, teens are recommended to get about eight to ten hours of sleep. If people don’t reach these hours, there are some issues that can occur the morning after.

One of many negative impacts of sleep deprivation is lack of alertness. This causes people to not be as attentive to their surroundings as they usually are, as they could be missing out on important things.

The next is excessive daytime sleepiness. People who are sleep deprived are tired all day and just want to sleep until they get the right amount of sleep.

Impaired memory is another effect of sleep deprivation. Impaired memory can cause people to lack the ability to think clearly, remember things and process information.

Another effect of sleep deprivation is relationship stress. This can make people extremely moody and upset at others, and it could possibly cause more conflicts.

One’s quality of life could be impacted as well. Sleep deprivation can make people not want to be a part of their exercises and daily activities.

The final effect is car accidents. If people go on the road sleep deprived, they can be drowsy, which accounts for many accidents compared to driving with a healthy amount of sleep.

If people do not make an attempt to fix these issues, then long-term problems can occur. These long term problems consist of high blood pressure, diabetes, heart failure, depression, obesity and strokes.

There are a few possible ways sleep deprivation can be fixed, starting with an adequate time to go to bed every night. This would make the body more happy and used to a specific schedule.

Another solution is a constant wake time. A constant wake time can help you sleep better at night as it gets the body on a great schedule. Not doing so is why waking up on a Monday is so difficult after sleeping in on Sunday.

Technology is another known problem. After looking at a phone, the mind keeps running about what was on the phone. People may be trying to sleep, but their minds aren’t.

Being sleep deprived may not seem like a major problem in one’s life, but it can majorly affect anyone without them knowing.