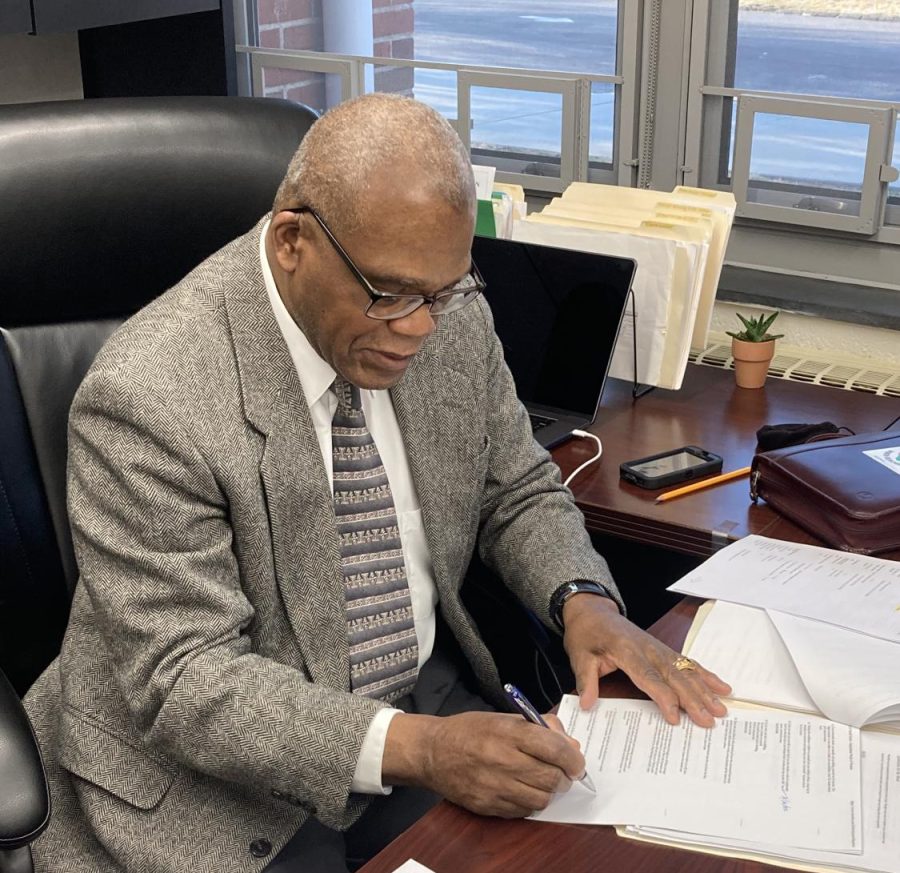 Dr. Davis has been hard at work since joining the Del Val Administration.

Dr. Davis started his educational career as a special education teacher and worked hard to reach the position of superintendent, eligible for middle school and high school.

Since he began working in education, Dr. Davis has always strived to be the best version of himself, which pushed him to return to college to earn his doctorate. He was the first on both sides of his family to achieve that level of education.

The doctorate degree has helped him, but he owes a lot of his knowledge to his daily life.

“[My] life experiences have prepared me more than the foundation,” said Dr. Davis.

Dr. Davis is a veteran educator, and at his previous schools, Dr. Davis was also a head coach of football, basketball and track teams.

These experiences have allowed him to build strong relationships with students and learn how to professionally communicate with both a group of people and one-on-one.

In the future, he would like to return to coaching because of the major role it has played in his life. Coaching has influenced his mindset about education.

“I want the kids to see me as more than just an administrator wearing a tie, but also someone they know they can talk to,” said Dr. Davis.

As everyone in the building knows, at the end of 2021 many hold orders took place in order to keep the students out of danger; Dr. Davis wants to make safety a main priority.

“When [a hold order] goes into effect, it is for the protection of the students and the staff,” said Dr. Davis

One of Dr. Davis’ favorite aspects of the high school experience is graduation. He is excited for the senior class to become the best they can be, and for them to “[begin] a new life, new chapter.”

Del Val is excited to see all of the plans Dr. Davis has as our interim principal!