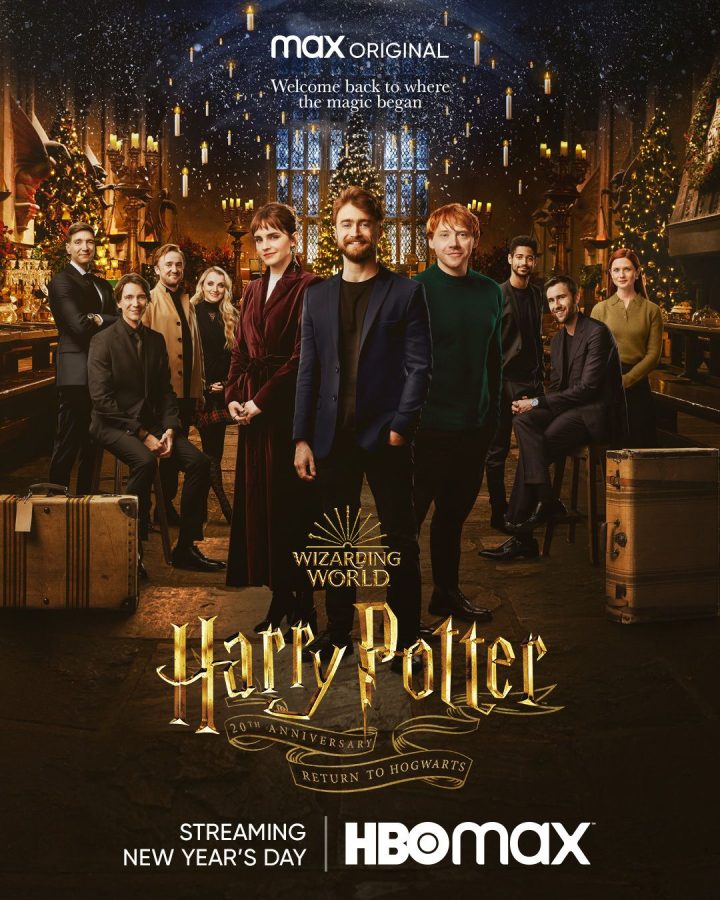 On January 1, 2022, the Harry Potter 20th anniversary reunion was released featuring the three leads (Daniel Radcliffe, Emma Watson and Rupert Grint) alongside other cast members that were key characters throughout the Harry Potter series.

The show wasn’t at all what I was expecting. Thinking that the reunion would just be a simple interview with all of the cast members was an understatement.

The reunion started off as if it was part of a new Harry Potter movie. With dancers, and all of the cast members being brought back into the great hall, it was a great opening that led into a great show.

The reunion included behind the scenes footage of the filming process and stories from the actors that have never been heard before. The actors revisited some of the old sets and told stories behind these sets about what had happened off screen as well.

The show went through the different Harry Potter movies one-by-one, with multiple directors who were in charge of the different films talking about the difficulty of finding the actors to play Ron, Hermione and Harry. They also shared stories on the sets and how they were able to witness the actors bond together throughout the series. It seemed that some of the actors had not seen one another in a long time and were able to reunite on the show.

The reunion was raw and unscripted. You could tell how natural the actors felt being back on these sets and how their conversations weren’t fake. They told stories to one another and talked as if the cameras were off.

The show focused mostly on the filming process and how the stars felt emotionally over the course of the filming years, but the actors couldn’t stop rambling about how much the cast felt like family to them. Viewers will agree based on how the cast joked and laughed with one another. Every actor brought up how much this series, and Hogwarts, will always feel like home to them.

This show aims to give viewers a nostalgic and warm feeling throughout; whether you’re a Harry Potter fan or not, this reunion is definitely a must watch.