Leprechauns: how they came to be 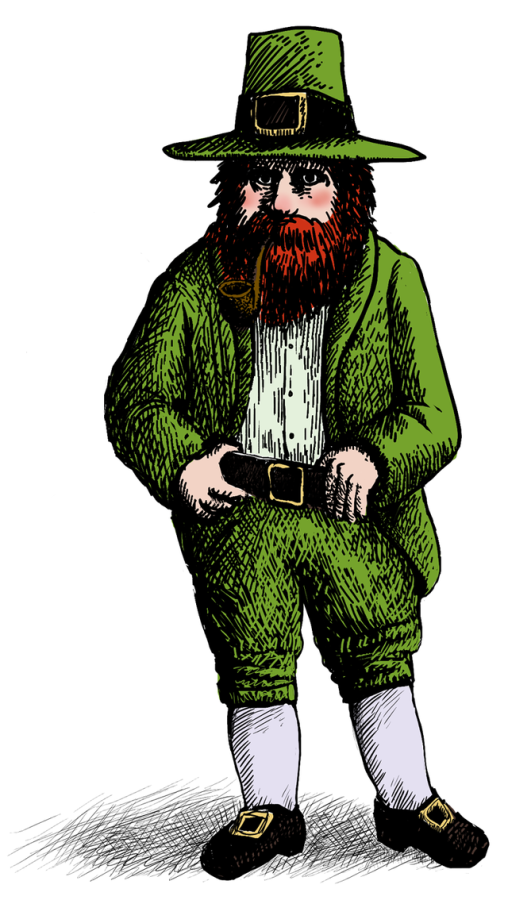 Everyone has heard about the famous Leprechauns who venture out into the world on Saint Patrick’s Day. They are known for causing disruption and chaos among households, but how did these leprechauns come to be?

Leprechauns are famous figures in Irish literature who are known for guarding pots of gold. They are extremely difficult to catch, as they are small creatures around 2-3 feet tall. Once a leprechaun is caught, its captor must keep it hidden or else it won’t give up the location of its treasure.

Stories of the Leprechauns first came to be known in the 8th century. Leprechauns were originally thought to have only worn red and not their typical green attire. Over time, leprechauns started becoming more associated with green. Many believe that the reason behind the change in color was associated with the colors of the Irish Flag.

There are many different theories about where the word leprechaun first originated. One theory is that it came from the word “luchorpan,” meaning “small body.” Another popular theory is that the word came from an Ancient Irish-Celtic god named Lugh. “Lugh” means the god of sun and light, which makes sense considering the fact that Leprechauns are known for being at the end of a rainbow with a pot of gold by their side.

Over the centuries, leprechauns became more and more associated with Irish culture, so in 1903, when Saint Patrick’s Day became an official holiday, leprechauns were immediately recognized as a symbol for the national holiday.

Today, Saint Patrick’s Day is adored and celebrated around the world. People dress up in green, mimicking the style of the leprechauns, and children come up with ways to try and capture the mythical creature.