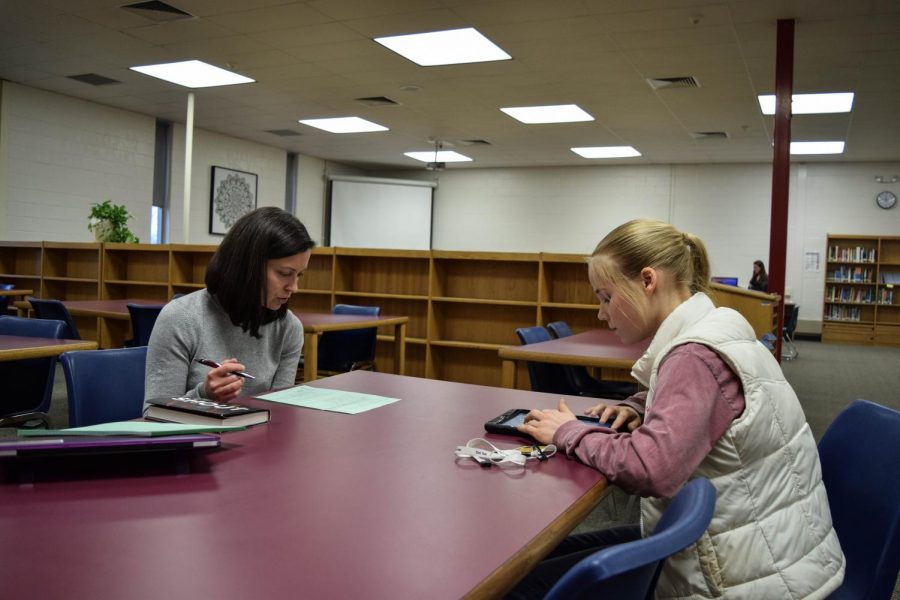 With spring break only a week away, librarian Mrs. Miceli has rounded up her top literary choices for students interested in relaxing and enjoying some great reads this break.

Listed below are her top choices in fiction for 2019:

1. On the Come Up by Angie Thomas
“Insightful, unflinching, and full of heart, On the Come Up is an ode to hip hop from one of the most influential literary voices of a generation. It is the story of fighting for your dreams, even as the odds are stacked against you; and about how, especially for young black people, freedom of speech isn’t always free” (BookBrowse.com).

2. The Outsiders by Stephen King
“An unspeakable crime. A confounding investigation. At a time when the King brand has never been stronger, he has delivered one of his most unsettling and compulsively readable stories” (Goodreads.com).

4. American Road Trip by Patrick Flores-Scott
“With a strong family, the best friend a guy could ask for, and a budding romance with the girl of his dreams, life shows promise for Teodoro “T” Avila. But he takes some hard hits the summer before senior year when his nearly perfect brother, Manny, returns from a tour in Iraq with a devastating case of PTSD. In a desperate effort to save Manny from himself and pull their family back together, T’s fiery sister, Xochitl, hoodwinks her brothers into a cathartic road trip. Told through T’s honest voice, this is a candid exploration of mental illness, socioeconomic pressures, and the many inescapable highs and lows that come with growing up—including falling in love” (Richincolor.com).

5. Picture Us In the Light by Kelly Loy Gilbert
“Danny Cheng has always known his parents have secrets. But when he discovers a taped-up box in his father’s closet filled with old letters and a file on a powerful Silicon Valley family, he realizes there’s much more to his family’s past than he ever imagined” (Goodreads.com).

6. Deep Silence by Jonathan Maberry
“Terrorists-for-hire have created a weapon that can induce earthquakes and cause dormant volcanoes to erupt. One terrifying side-effect of the weapon is that prior to the devastation, the vibrations drive ordinary people to suicide and violence. A wave of madness begins sweeping the country beginning with a mass shooting in Congress. Joe Ledger and his team go on a wild hunt to stop the terrorists and uncover the global super-power secretly funding them. At every step stakes increase as it becomes clear that the end-game of this campaign of terror is igniting the Yellowstone caldera, the super-volcano that could destroy America” (Johnathanmaberry.com).

7. Girls Burn Brighter by Shobha Rao
“An electrifying debut novel about the extraordinary bond between two girls driven apart by circumstance but relentless in their search for one another” (Litlovers.com).

8. Dry by Neal Shusfermam
“When the California drought escalates to catastrophic proportions, one teen is forced to make life and death decisions for her family in this harrowing story of survival from New York Times bestselling authors Neal Shusterman and Jarrod Shusterman” (Simonandschuster.com).

9. Sadie by Courtney Summers
“A missing girl on a journey of revenge. A Serial-like podcast which follows the clues she’s left behind. And an ending you won’t be able to stop talking about. Courtney Summers has written the breakout book of her career. Sadie is propulsive and harrowing and will keep you riveted until the last page” (Litlovers.com).

Her selection of non-fiction includes:

1. We are Displaced: My Journey and Stories from Refugee Girls Around the World by Malala Yousafzai
“Nobel Peace Prize-winner Malala Yousafzai will start with her own story of displacement as an Internally Displaced Person to show what it means to lose your home, your community, and the only world you’ve ever known. She will also share the personal stories of some of the girls she has met on her various journeys to refugee camps and the cities where refugee girls and their families have settled” (Goodreads.com).

2. Educated: A Memoir by Tara Westover
“An unforgettable memoir about a young girl who, kept out of school, leaves her survivalist family and goes on to earn a PhD from Cambridge University” (Litlovers.com).

3. Becoming by Michelle Obama
“In a life filled with meaning and accomplishment, Michelle Obama has emerged as one of the most iconic and compelling women of our era. As First Lady of the United States of America – the first African-American to serve in that role – she helped create the most welcoming and inclusive White House in history, while also establishing herself as a powerful advocate for women and girls in the U.S. and around the world, dramatically changing the ways that families pursue healthier and more active lives, and standing with her husband as he led America through some of its most harrowing moments. Along the way, she showed us a few dance moves, crushed Carpool Karaoke, and raised two down-to-earth daughters under an unforgiving media glare” (Bookbrowse.com).

4. For Every One by Jason Reynolds
“Originally performed at the Kennedy Center for the unveiling of the Martin Luther King Jr. Memorial, and later as a tribute to Walter Dean Myers, this stirring and inspirational poem is New York Times bestselling author and National Book Award finalist Jason Reynolds’s rallying cry to the dreamers of the world” (Simonandschuster).

6. Shout by Laurie Halse Anderson
“Bestselling author Laurie Halse Anderson is known for the unflinching way she writes about, and advocates for, survivors of sexual assault. Now, inspired by her fans and enraged by how little in our culture has changed since her groundbreaking novel Speak was first published twenty years ago, she has written a poetry memoir that is as vulnerable as it is rallying, as timely as it is timeless. In free verse, Anderson shares reflections, rants, and calls to action woven between deeply personal stories from her life that she’s never written about before. Searing and soul-searching, this important memoir is a denouncement of our society’s failures and a love letter to all the people with the courage to say #MeToo and #TimesUp, whether aloud, online, or only in their own hearts. SHOUT speaks truth to power in a loud, clear voice– and once you hear it, it is impossible to ignore” (Penguinrandomhouse.com).

While all of the novels listed above are available in Del Val’s Media Center, students can also access them digitally through OverDrive, a free app pre-installed on every student iPad. OverDrive allows students to request e-books, as well as audiobooks, through their local library and read or listen to them on their devices.

For students who are avid readers and interested in joining, Book Club will continue after break with its newest read, Scythe. The 2016 young adult novel is the first in Neal Shusterman’s Arc of the Scythe series, which explores a futuristic world in which all humans are immortal unless sentenced to death by those referred to as “scythes.” Book Club will meet and discuss Scythe after school on Tuesday, April 9th, at 2:30 in the Media Center.

In addition to Book Club, Del Val also participates in Battle of the Books, a competition in which students test their knowledge of the books they’ve read against other schools’. Although Del Val didn’t place in the 2019 competition in February, advisor Mrs. Miceli commented on the great time had by the students and the seniors who will be missed.

If you are considering joining either Book Club or Battle of the Books, please contact Mrs. Miceli for additional information.