Battle of the books takes fifth in competition 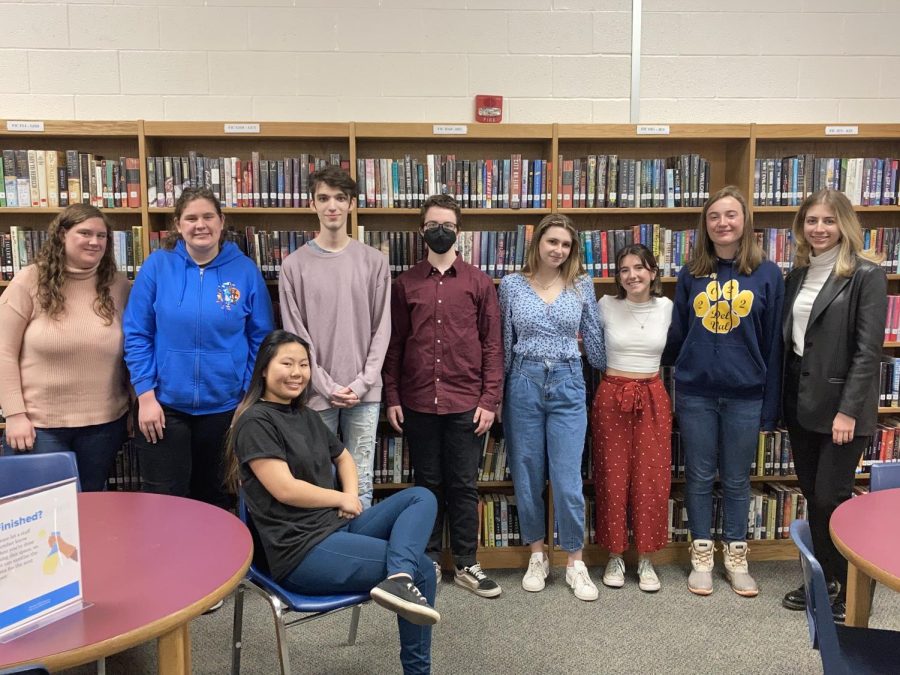 The 2021-22 Battle of the Books team made it to the final rounds of this year's competition.

On March 23, after months of reading and preparation, Del Val’s Book Club competed virtually in the 2022 Battle of the Books competition against 14 other high schools.

Both teams were put into break out rooms with other schools where they had to answer trivia questions about this year’s competition books.

“The Semi-finals [first round] were three rounds of four questions,” said Mrs. Miceli.

In each breakout room, there were five teams, and they were given 30 seconds to give the title of the book that the question came from.

“There were nine books,” said Miceli. “The most enjoyed books were Every Day by David Levithan, Wilder Girls by Rory Power, Born a Crime by Trevor Noah and Poet X by Elizabeth Acevedo.”

Each Del Val team had to work within their groups and earn more points than the other schools’ groups to advance. If the team got the question right, it would earn five points and would be a little closer to the finals.

While all the teams did a great job, Del Val 1 was able to move on to the finals. The team cites it was able to do so well due to team chemistry.

“It was the jokes we made while we were competing. We tried to keep the energy and mood [positive],” said Paige Kelly.

During the finals, there were six teams who fought hard for a victory.

“The format changed slightly [this year]. There were two rounds with five questions each. The time also dropped by ten seconds,” said Miceli.

At the end of the competition, Del Val 1 earned 5th place.

Battle of the Books and Book Club are great ways for students who love to read to challenge themselves. If anyone wants to join for next year, reach out to Mrs. Miceli.

“Email me or come see me in the Media Center. My email is dvlibrarian@dvrhs.k12.nj.us,” said Miceli.