Why you shouldn’t fear Satanism 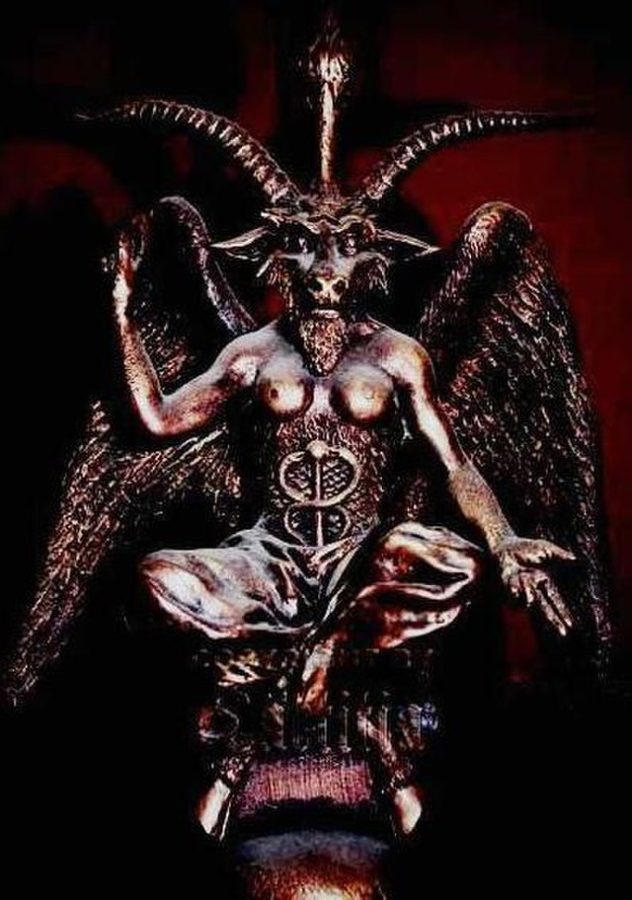 A statue of Baphomet, one of the many symbols of Satanism.

Why is everyone so afraid of Satanism?

Most people are afraid because they are not aware that Satanism and Devil worship are very different. People are often misled by the media on the background and beliefs of Satanists.

Satanism is an egotistical religion, which means you are your own god because you are the ruler of your life. This means that the “holiest” day of the year is your birthday.

It is also believed that if you treat others with respect and kindness, it shall be returned to you.

Satanism’s name comes from the Hebrew word “satan,” which means “adversary,” and satanists believe in worshiping pride, knowledge, and enlightenment.

Satanism dates back to the 1700’s as seen in books, poems and art. However, although Satanism has been around for a long time, the Satanic bible was written in 1969 by Anton Lavey. This bible reads like any other religious text except that the first half of the book fully disagrees with Catholicism and the ideas of God being a bearded man in the sky and that Jesus Christ won’t answer prayers. This is because of their belief that you take your life into your own hands and find strength within yourself.

With time, Satanism was given a horrible label because of the many serial killers in the 70’s and 80’s.

Many of these killers were caught and would say that the devil told them to kill or that they were making an offering to the devil, like The Son of Sam and The Night Stalker. However, they were not Satanists; they were Devil worshippers.

People who kill cats in the woods as an offering to the devil are not Satanists. Devil worship is what made Satanism scary or evil to most.

During these decades, mothers were frantic about violence on TV, and worst of all, punk rock corrupting their children.

The media keeps people on its toes at all times. We never know what is good one day and bad the next. This makes it very difficult to keep and practice your beliefs openly without facing negativity from some else.

For Satanists, it’s often the church that spreads nasty rumors and changes the idea of Satanism to the public. Satanists are in full agreement that church and state should be separated because they are very different and can cause political monstrosities if lawmakers believe the Bible more than general human rights.

Satanism also has its fashion statements, too, such as earrings with pentagrams and T-shirts with Baphomet the goat.

Part of this belief is to “let your freak flag fly” no matter what. This is a form of rebellion against the “norm.”

Many people believe in many different religions, like Hinduism and Judaism, but when you talk about those religions, people listen and often have a positive perception of them; however, when someone mentions Satanism, open minds tend to close fairly quickly. This is because of the fear of the unknown.

At the end of the day, Satanism is nothing to fear. It is a positive way of living for people who believe in it.