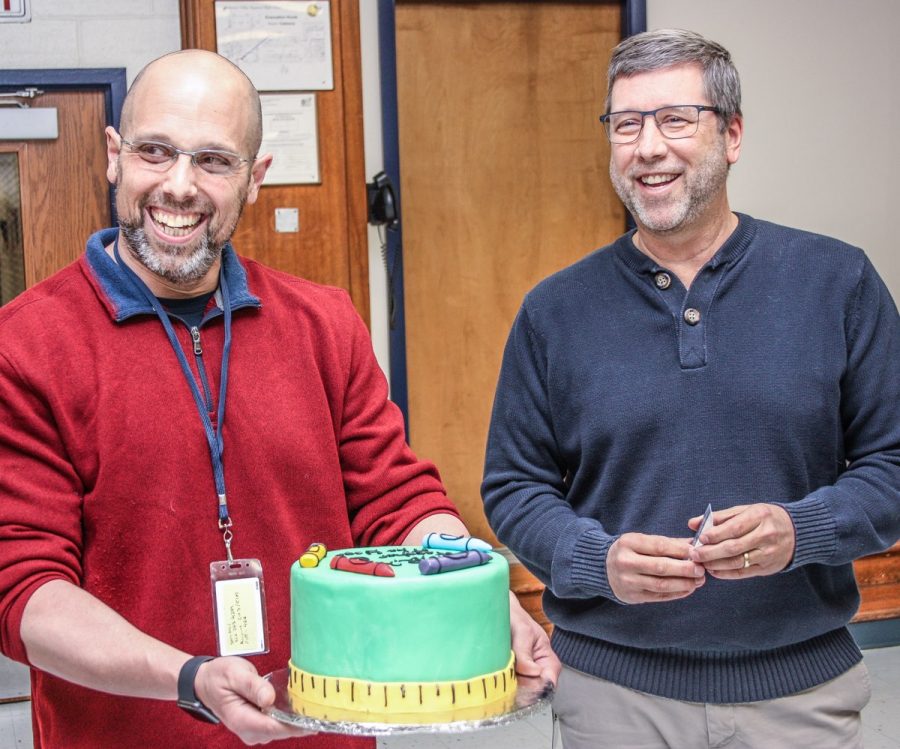 Do you really know Mr. Jensen?

Mr. Jensen is a psychology teacher at Delaware Valley and an avid fan of baseball.

Mr. Jensen immediately recalled his favorite childhood memory. “Going to Fenway Park with my dad and my brother. Seeing baseball games, that was a blast. Still love the Red Sox” Jensen said. Moving was a difficult moment for Mr. Jensen and probably his worst childhood memory. It was hard for him to make new friends all the time and to have to constantly be leaving old ones.

Most teachers don’t talk about their personal lives, but Mr. Jensen certainly isn’t one of them. “I passed a kidney stone in the middle of class once” Jensen said of his most embarrassing moment while teaching. When it comes to his classroom, it seems Mr. Jensen’s students seem to be pretty well-behaved as Jensen has never sent anyone down to the office.

Jensen is very educated in psychology, so students would think that teaching the subject is all he ever wanted to do. However, he actually wanted to teach History but was given the psychology classes when the prior teacher retired. If he hadn’t become a teacher, Jensen says he would have wanted to be an accountant or do something else in business. Apparently, Mr. Jensen is very good with numbers.

The most frustrating aspect about teaching to him is the paperwork outside of the classroom. Before he started working at Del Val, Mr. Jensen taught in Michigan for six years. His family moved to New Jersey for his wife have a better job, who works in the pharmaceutical field. Teaching has definitely affected the way he parents his own children, like most teachers. “I see my own kids in the students that I teach. I want to do what’s best for them, as I would for my own kids,” Jensen says.

Mr. Jensen has some morning routines to get himself ready for school, most of which he does in his car. “I listen to music or NPR,” Jensen said. Who knew he was a fan of listening to the news?

Another fun fact about Jensen is that he likes rock music. His first song he knew all of the lyrics to was “Iron Man” by Black Sabbath, a song he and his brother are both fans of.

While he is very open-minded, Mr. Jensen doesn’t believe in everything: especially astrology. “I think it’s unscientific poop,” Jensen said. He also does not believe in horoscopes.

The interview ended with a random question that a teacher like Mr. Jensen can appreciate. If he had a chance, Mr. Jensen would fall down the rabbit hole in Alice In Wonderland, and he also would try and catch the white rabbit.