How are budget cuts made?

Budget cut decisions are a collaborative effort between supervisors, vice principals, directors, and the district administration (the Superintendent and Business Administrator). “As an organization, we really do this process collaboratively because we feel that everyone needs to understand why the decisions are made,” Wasserbach said. The BOE must then approve all recommendations before any actions can be taken within the school. Despite so many people being involved in the process, these decisions are not easy ones to make.

“The difficulty [of making budget cuts], when you start getting into these really big numbers, it’s not like we can just say ‘everyone needs to cut back on their paper-usage,’” Wasserbach said. As Del Val’s loss in state aid next school year is so significant, negligible monetary cuts will not offset the loss in funds.

When it comes to one of the most difficult cuts to make within a school, reductions in staffing, the administration has little flexibility. “So much of what we do is dictated by law…These people are not only the teachers up in front of the classrooms, but they are also husbands and wives and parents and they have bills and this is their profession,” Wasserbach said. There is a strict set of rules that the school has to follow when considering staff cuts.

Teachers without tenure, a title that a teacher achieves by completing 4 successful years of teaching in a school with satisfactory evaluations and observations, will be considered for Reduction in Force (RIF) before teachers who have attained tenure. Non-tenured teachers’ evaluations and performance may be taken into account when considering staff-cuts. However, if an entire department is tenured and a teaching position from that department needs to be cut, RIFs are determined by seniority. By law, the process is informally described as “the last one in is the first one out.”  This is not a performance-based decision.

Thus far, Del Val has not had to make many staff reduction decisions.  Instead, these cuts have mostly been handled through attrition: losing staff to retirement or staff that leave on their own. Attrition has maintained Del Val’s balance of staff and budget in the least harsh way possible. If teachers don’t continue to retire or leave for other opportunities, the administration will have to make some very difficult decisions.

Various programs at Del Val will also feel the effects of budget cuts. “We also have to look at which programs are necessary and which ones are ‘nice to have,’ and what we can do to make them more cost effective,” Ms. Wasserbach stated. Programs that are more for enjoyment will have to be altered to be more cost effective, or they may not receive the funding that they have in previous years. Ms. Barna explained that all programs will be considered when cuts have to be made, including clubs, sports and any other offering that Del Val makes available to its students. 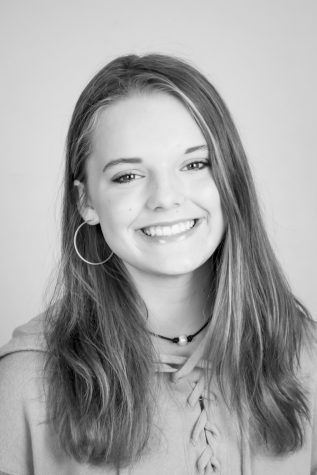 This year Abby is a freshman at Del Val, and it is her first time writing for a school newspaper. Besides writing for The Delphi, she is also a cheerleader...