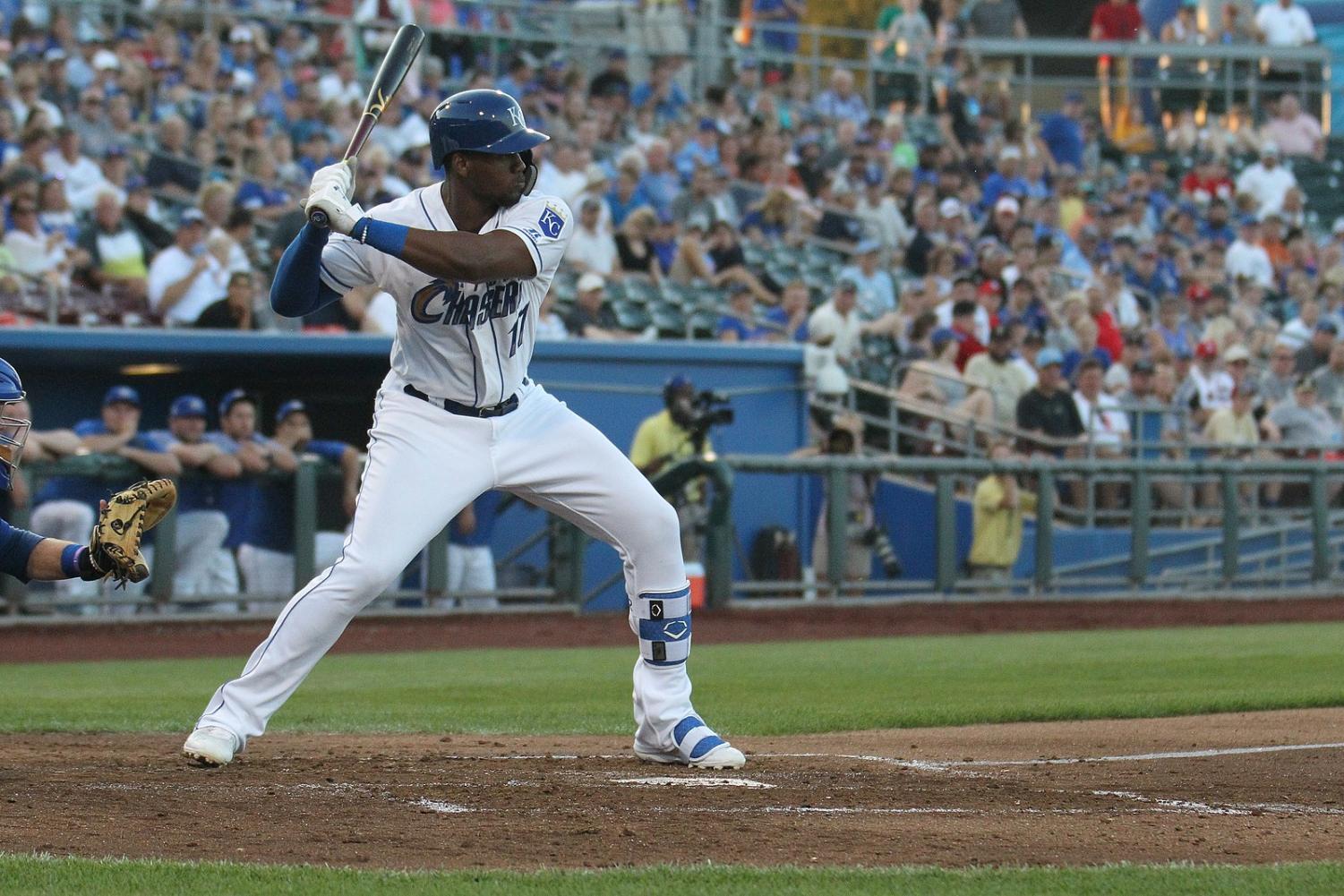 Photo via Wikimedia Commons under Creative Commons license
Jorge Soler’s home run capability will be needed to take the Royals to the playoffs.

Things have gone downhill for the Royals since they won the World Series in 2015. Only 4 players remain on the roster from that team, and the organization has since embraced a rebuild. K.C’s lineup should be their strongest unit in quite some time, as Whit Merrifield, Jorge Soler and Hunter Dozier all are major threats, with Soler coming off of a franchise-record 48 HR season. Adalberto Mondesi brings speed and defense to the table, while veterans Alex Gordon and Salvador Perez will also rely on their defense to give them most of their value as their bats have declined significantly.

The Royals’ biggest issue is their pitching, as they lack an ace and have #4 and #5 type-starters throughout their rotation. The bullpen is a huge question-mark despite Ian Kennedy’s career revival as a closer last season, as they lack veteran presence and experience in this area in addition to production.

It’ll be interesting to see what new manager Mike Matheny can get out of his team, but I expect some key pieces to be dealt close to the trade deadline and for Kansas City to focus on adding players that will help them a few years down the road. 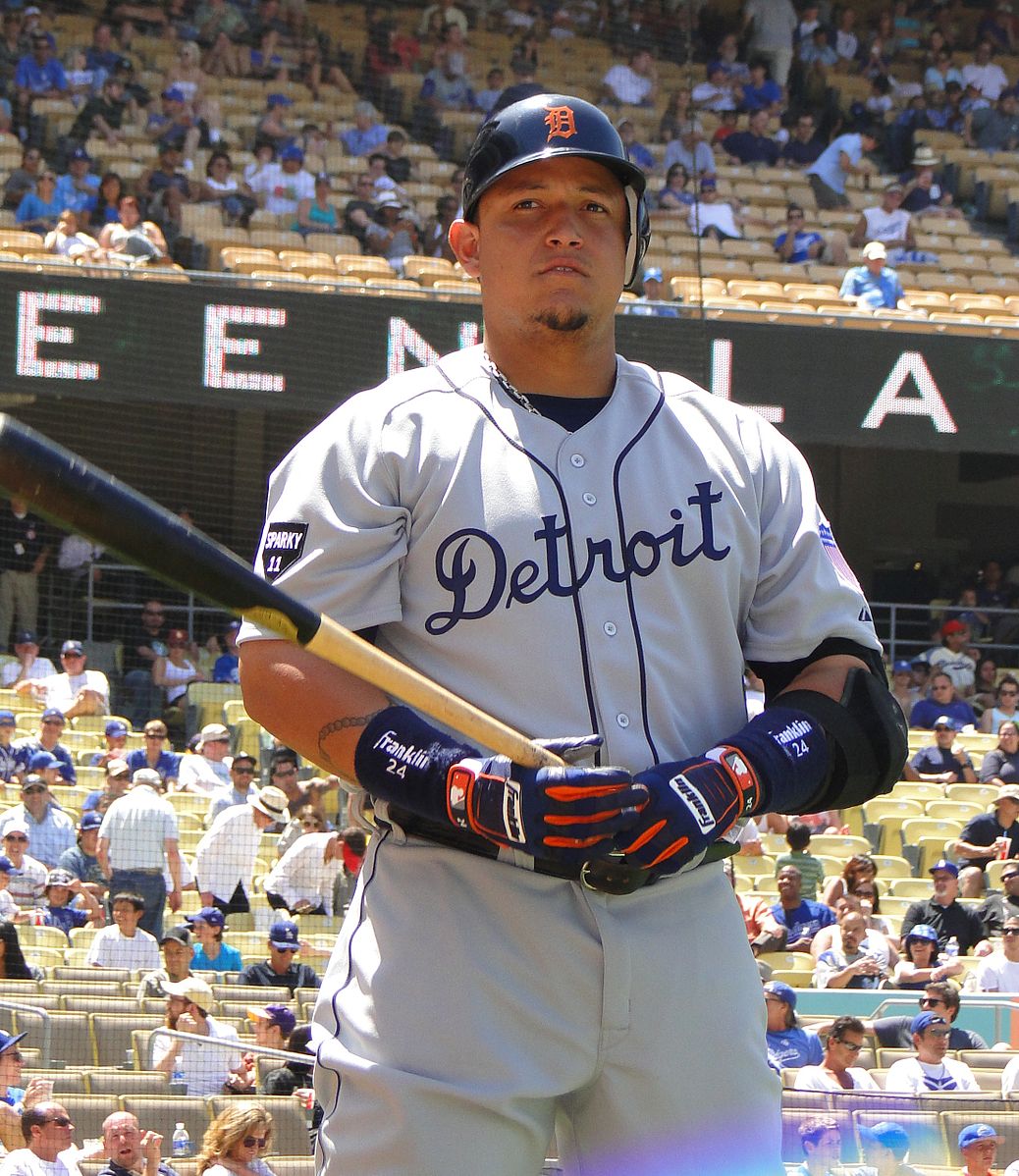 Photo via Wikimedia Commons under Creative Commons license
Miguel Cabrera needs to return to MVP form for the Tigers to take the division.

It’s going to be hard for the Tigers to even come close to being as bad as they were last season. The team finished last in runs scored and had the third-worst team ERA in the league. GM Al Avila brought in 1B C.J Cron, 2B Jonathan Schoop, C Austin Romine and OF Cameron Maybin to provide stability through production and veteran presence that was desperately needed for the lineup. Miguel Cabrera will be around in 2020 along with his behemoth of a contract, which will pay him about $30 million per season until 2024. “Miggy” will be the D.H. for Detroit, but his production nowadays is a far cry from his Triple Crown and MVP-winning seasons in the early 2010s.

The team’s rotation has the chance to be solid, as Matthew Boyd will look to build off of a good 2019 season, which saw him become the subject of many trade talks around the deadline and in the off-season. Veterans Jordan Zimmermann and Ivan Nova will provide stability and will eat innings while the return of Michael Fulmer at the midseason mark will be a much-needed spark. The bullpen has some potential with Joe Jiménez as the closer and Buck Farmer being the primary set-up man, but depth is a cause for concern.

The team won’t compete this season or next, but their surplus of pitching prospects coming through the minors gives the team hope that they can turn it around sooner rather than later. 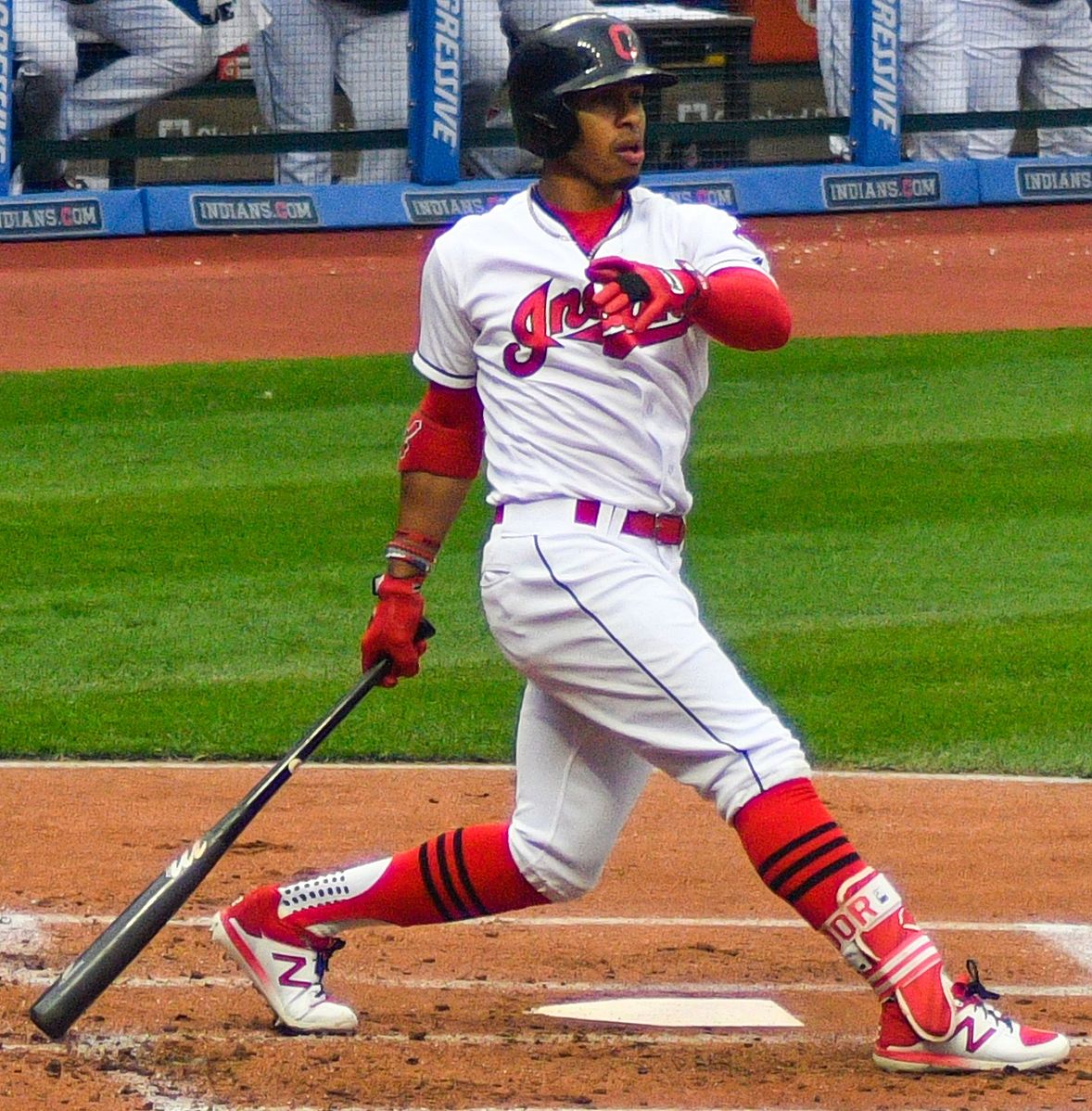 The Indians fell on tough luck last year as they finished with a 93-69 record yet failed to make the postseason after being the overwhelming favorite to win the division at the onset of the season. Cleveland traded ace Corey Kluber to the Texas Rangers following an injury-riddled season but didn’t capitalize on the return, getting only 4th OF Delino DeShields Jr. and young reliever Emmanuel Clase in return for the former Cy Young Award winner.

The rotation will still be among the A.L’s best with aces Mike Clevinger and Shane Bieber, and Carlos Carrasco’s return as a starter following his cancer diagnosis is great to see. Francisco Lindor and Jose Ramirez are both MVP candidates in a top-heavy lineup that also includes Carlos Santana and huge power threat Franmil Reyes. However, the bottom of both the rotation and the lineup won’t provide much, and the team’s bench doesn’t do them any favors.

The bullpen has a chance to be really solid with proven closer Brad Hand and some younger relievers with good potential like Clase and James Karinchak. However, with the Central becoming increasingly tougher as time goes on, I can’t see the Indians being competitors, especially with the lack of moves they made in the off-season and the holes on the roster only becoming more glaring in the past few months. They still will be a .500 team, but it won’t be good enough to earn them a wildcard spot. 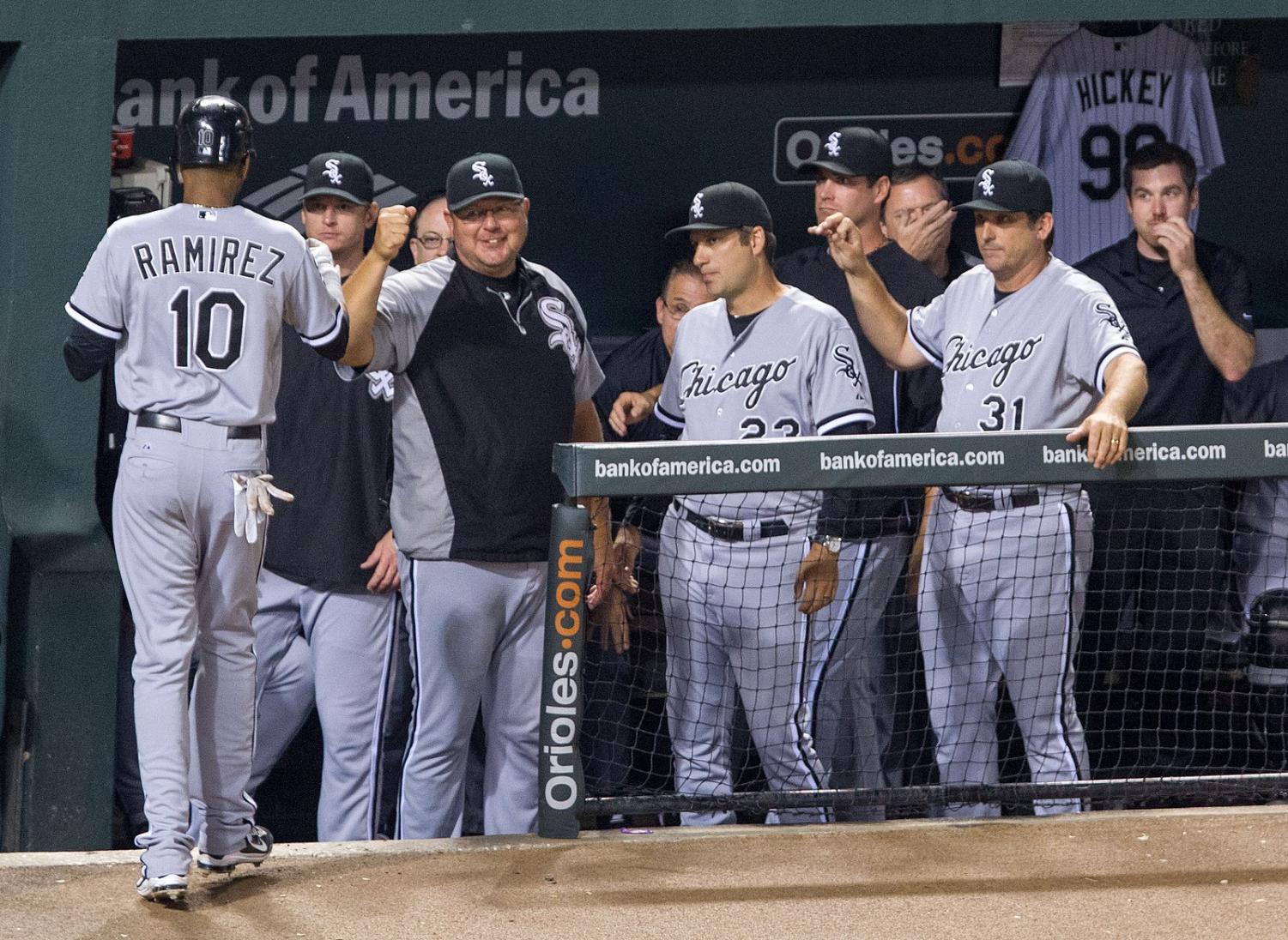 Photo via Wikimedia Commons under Creative Commons license
The Chicago White Sox are set up for another successful season in 2020.

What an off-season the White Sox had. The team added C Yasmani Grandal, DH Edwin Encarnacion and OF Nomar Mazara to the lineup that already included young stars in Yoan Moncada, 2019 batting champion Tim Anderson and Eloy Jiménez, as well as franchise stalwart Jose Abreu. Chicago signed Dallas Keuchel and Gio Gonzalez to give the rotation two proven veterans that have upsides and will be consistent contributors along with 2019 All-Star Lucas Giolito and former top prospect Dylan Cease. Alex Colome will once again be the closer in 2020 after a 30 save season in 2019, and he will be joined by Steve Cishek, Aaron Bummer and Kelvin Herrera.

Luis Robert has a legitimate chance to be the 2020 AL Rookie of The Year as the starting center fielder, and he could be joined by fellow top prospect Nick Madrigal in the lineup later in the season with the chance to be the latest young duo to make waves for the ChiSox. The team is incredibly well-rounded, and they still have a fantastic minor league system, giving them all the potential in the world to be a perennial playoff contender for the next decade.

Despite all of the improvements the team has made, it still won’t be enough to give Chicago a wild-card spot, but the team will be in the race for the entire season. The jump in wins alone should make Sox fans everywhere happy. 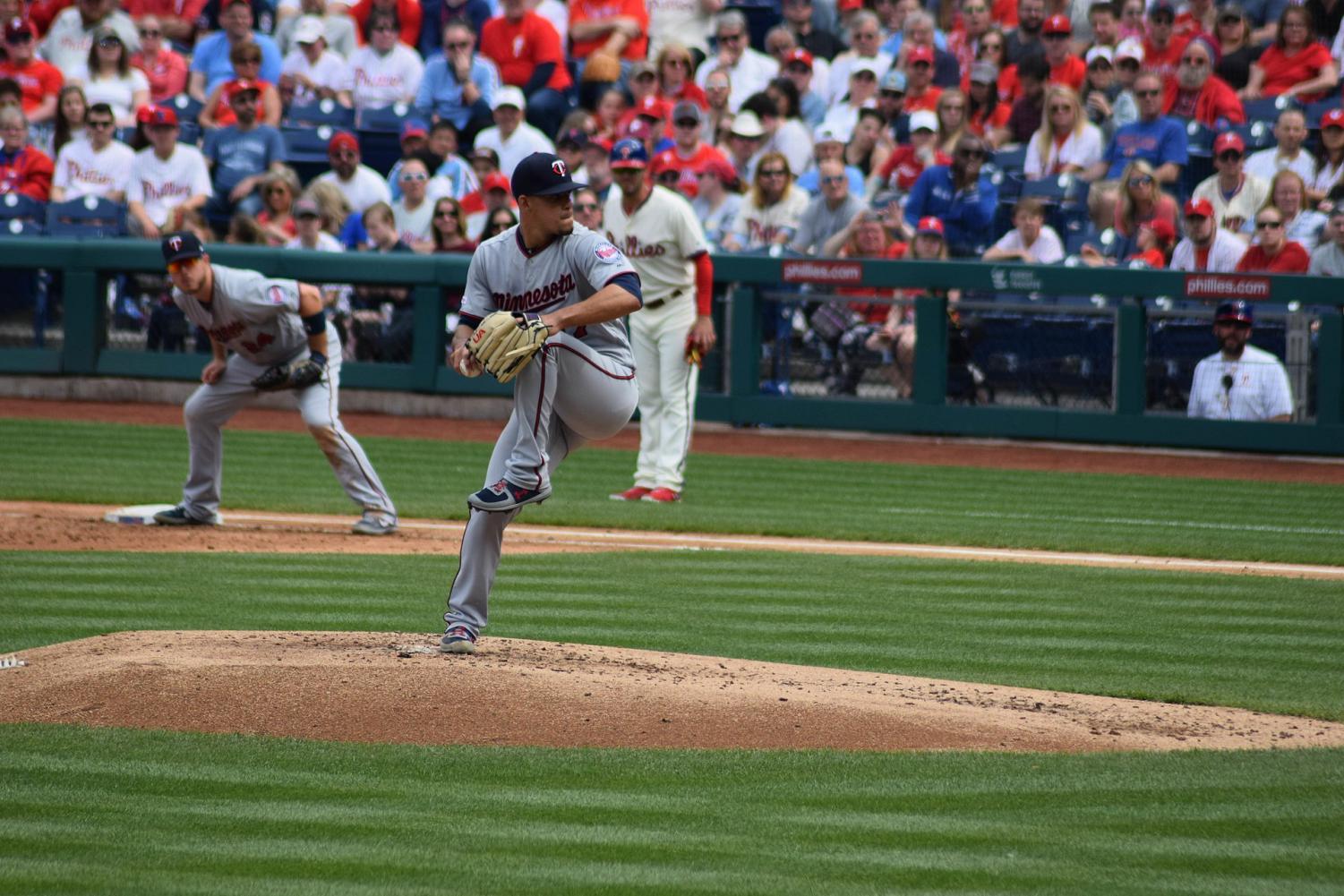 Photo via Wikimedia Commons under Creative Commons license
Pitcher Jose Berrios should help to lead the Twins to a division title in 2020.

The Twins shocked the baseball world last year when they rattled off a 101-61 season seemingly out of nowhere to grab the AL Central title. They finished 2nd in the league in runs scored and 1st in home runs, and somehow found a way to improve in the off-season with the signing of 3B Josh Donaldson.

There is not a single hole from #1-9 in the lineup, and it wouldn’t be surprising if the Twins finished with the top offense in baseball, ahead of the likes of the Yankees and the Dodgers. The starting staff is good, but not great, with Jose Berrios and Jake Odorizzi at the top and veterans Homer Bailey, Kenta Maeda and Michael Pineda rounding out the rotation.

The bullpen should be fantastic and is one of the deepest in the league, as Taylor Rogers will look for back-to-back 30 save seasons, while the addition of Tyler Clippard will give Minnesota yet another good middle reliever.

While the division may have gotten a bit better from last season, the Twins should still finish with a win total nearing 100 and will avoid the Yankees this time around in the ALDS.