9:10: The Spurs are now on the clock. Jay Bilas says the best available player is Tyrese Haliburton, but I wouldn’t be surprised if they go with center Popovich. The Spurs select Devin Vassell, a shooting guard from Florida State. Vassell is a versatile two-way player with a lot of upsides.

9:15: The Kings select Tyrese Haliburton, point guard from Iowa State. He has a great basketball IQ and is very versatile and a great shooter. Haliburton could be a sign that the Kings are ready to trade Buddy Hield, who according to reports isn’t returning coach Luke Walton’s phone calls and that De’Aaron Fox is not looking to stay long term with the Kings.

9:20: The Pelicans are now on the clock and are taking offers for their pick, although it looks like Kira Lewis Jr will be their pick. Schmitz just said that the Pelicans should get Saddiq Bey. Someone better get him off the TV before I drag him off the set. The Pelicans select Kira Lewis Jr, a point guard from Alabama. He is now one of the fastest players in the NBA and can play defense.

9:25: Is anyone even reading this still? If not, I would recommend watching Cat on a Hot Tin Roof, starring Paul Newman and Elizabeth Taylor. Great acting and great directing. It’s on HBO Max. Also, I would recommend The Hustler, another Paul Newman movie; he should’ve won the Oscar that year, but he eventually won for the sequel, The Color of Money. It’s about a professional pool player who goes around and hustles people for a living. The Hustler is on Hulu, and The Color of Money is on Amazon Prime Video.

9:30: The Celtics select Aaron Nesmith, small forward from Vanderbilt. Nesmith is an elite shooter, shooting 52% from three-point range and leading the country. Although it was only in 14 games, that’s still an impressive feat.

9:33: Woj is reporting that the T’Wolves are acquiring Ricky Rubio, 25th and 28th picks for a 17th overall pick. Poor Ricky Rubio: he signed a long term deal with the Suns last year and he’s been traded twice in the span of 48 hours.

9:37: The Orlando Magic are on the clock, and it’s looking like they will select Cole Anthony, a point guard from North Carolina who is a great offensive player. The Magic officially select Cole Anthony. Hold up…is that Spike Lee? What is he doing there? Or are my eyes deceiving me? Nope, that’s Spike Lee. What’s going on here?!

9:41: The Portland Trailblazers are now on the clock. Can there please be a break, I have to go to the bathroom, but there is so much nonstop action! The Blazers select Isaiah Stewart, a center from Washington. A little curious because they have Hassan Whiteside and Jusuf Nurkic, but Stewart has a high motor and is a great physical defender.

9:43: Time for another break from basketball. Let’s talk movies. I was watching The Trial of The Chicago 7. What an Aaron Sorkin movie! First off, it’s a courtroom drama with a lot of dry humor, along with questions followed by questions, and of course exposing indecencies in society. A must watch as well! It’s on Netflix, and is going to sweep this Oscar season.

If you like this movie, watch other Aaron Sorkin movies like The American President, The Social Network, Moneyball, Steve Jobs, and, of course, A Few Good Men.

9:45: The T’Wolves select Aleksej Pokusevski, power forward from Serbia. He is agile, a good shooter, a good shot blocker, and a good rebounder. He is also the youngest player in the draft at the age of 18.

9:47: The Mavericks are now on the clock, and I wonder if they go for a forward or a point guard. OH, I just saw Schmitz on his phone, not interested I see. Schmitz and I are going to go at it sometime soon. The Mavericks select Josh Green, a shooting guard from Arizona. He is a great shooter, a good enough rebounding guard, and a good defender.

9:50: Breaking news! The Clippers are trading Landry Shamet to the Nets, and the Pistons are sending Luke Kennard to the Clippers, making it a three-team deal, and getting the 19th overall pick.

9:54: Saddiq Bey, power forward from Villanova, is picked by the Nets. He’s an exceptional shooter and a good defender. High upside defensively.

9:55: Just a thought, but if Tre Jones falls to 23rd overall (the Knicks pick), the Knicks should jump on that. Tre Jones is a great passer and a good defender.

9:57: Rece Davis is interviewing Steve Nash, the new coach of the Nets, and the first thing he does is congratulate all the players on getting drafted?! We get it, Steve. You’re super nice. 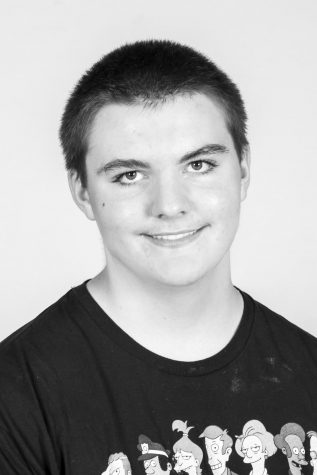